“Mitzvah gedolah le’hiyos be’simcha tamid – It is a great mitzvah to be constantly happy!” We enjoy singing these words over and over, and rightly so. A person who is aware of how much good he receives from Hashem will always be full of joy!

But the great teachers of mussar say that the reverse is also true: “Simcha gedolah le’hiyos b’mitzvah tamid – It is a great joy to always be involved in a mitzvah!” One who really understands what mitzvos are will have tremendous joy when performing them and will constantly look for opportunities to do more of them.

Attaining this joy requires effort, but now that we have reached Sukkos, “z’man simchaseinu – the time of our gladness,” we may be able to acquire it. Doing so will help us in every aspect of our service of Hashem – especially the way we pray.

The Rambam writes (at the end of Hilchos Sukkah): “The happiness that a person should feel when fulfilling a mitzvah and the love of Hashem Who commanded them is a great task. Whoever withholds himself from this simcha deserves to be punished as it states (Devorim 28:47): ‘Because you did not serve Hashem your G-d with happiness and a glad heart.’”

This is shocking! The verse the Rambam cites is the reason given for the curses of the Tochacha – the admonition for disobedience. If Klal Yisrael fulfills mitzvos without simcha, they incur upon themselves the full wrath of the curses enumerated in Parashas Ki Savo.

Why is this so? Let us explain with a parable.

Asher, the caring and sensitive philanthropist, wanted to give money to Fishel, the beggar, in an honorable manner. He knew that Fishel would be coming by momentarily, so he placed a diamond on the sidewalk and hid in the bushes. A few moments later, Fishel walked down the street and noticed the diamond. He bent down, picked it up, and placed it in his pocket without an iota of joy on his face. Not understanding why, Asher jumped out and asked him what he had just found.

“Oh, just a nice piece of glass. My son enjoys collecting such items.”

“Fishel, that’s not glass!” exclaimed Asher. “It’s a diamond worth thousands of dollars, and now it’s yours!”

“Really?!” shouted Fishel, as he began to dance. “This is my lucky day! I can’t believe it!”

The reason performing a mitzvah without joy incurs such a harsh punishment is that it demonstrates that the person is not cognizant of the opportunity he had. He is similar to foolish Fishel, thinking that he is merely dealing with child’s play and not something vastly important. To help us really feel the great joy and understand the value of a mitzvah, let me share with you another parable.

Today is the long-awaited day. The king will be passing through your city! Well before his scheduled arrival, the streets are lined with throngs of people, all hoping to catch a glimpse of him. The excitement mounts as the sounds of trumpets are heard. Soon marching bands and flag bearers come parading by, followed by highly decorated soldiers brandishing shining swords. And finally, the special moment: The king’s glorious carriage pulled by magnificent white stallions appears! Suddenly, it stops right next to you and the door swings open. The king is standing there and motions to you – yes, you – not the person behind you! The music stops and silence prevails.

“Can you please get me a cold drink?” he asks. Your friends have to hold you up as you answer: “Of course, your majesty!” As you run to fulfill his request, your heart almost bursts from joy! “The king chose me to serve him! What an honor and privilege!”

Hashem is not lacking anything and certainly does not need the service of feeble human beings. Nevertheless, in His great kindness, He allows us to serve Him by fulfilling His mitzvos, which gives us the ability to earn the great, eternal reward of Olam Haba through our own actions. If we perform them grudgingly, just to be able to check them off our “to-do” list, they are not merely lacking – they are a chutzpadik and disgraceful act. Hence the tochacha.

Before every mitzvah we perform we should be overcome with happiness – the King of all Kings has just given me a present – the ability to serve Him! And we should be happy that we can begin paying Hashem back for the myriads of kindnesses that He constantly bestows upon us: health, a home, parnasah, children, nachas – the list goes on and on.

Now, if you don’t start dancing after you daven, learn Torah, or do chesed, it doesn’t mean something is wrong with you. The happiness we are discussing is a feeling of satisfaction and an awareness of the good we just accomplished. But if a person has so much joy that he physically expresses it, it is a sign that he has reached an extremely high level of simcha!

The above is true regarding all mitzvos, but when it comes to praying, one’s joy should reach new heights. The Mesilas Yesharim (chapter 19) states: “Simcha is a great, essential principal in serving Hashem, as Dovid HaMelech says in Tehillim (100), ‘Ivdu es Hashem b’simcha, bo’u lifanav birnana – Serve Hashem with gladness, come before Him with joyous song’ … and the midrash states regarding this verse: ‘When you stand to pray, your heart should rejoice for you are praying to the Almighty and there are none like Him.’”

When we daven, we merit extreme closeness to the King. Not only has He asked us to perform His mitzvos, He is interested in hearing what we have to say and what our needs are. During this private meeting, He gives us His full attention – what a special moment! If a person views tefillah as a burden, it means that he is not really aware of what a great present he has in his hands. With just a little contemplation and thought we can change our entire approach to tefillah. Each Shemoneh Esrei is another great gift from the King of all Kings – an opportunity to serve Him!

A friend of mine once suggested that each time we get ready to daven we should imagine that someone placed a million-dollar check inside our siddur for us. Doing so will help us feel that each tefillah is a glorious opportunity – one that is worth infinitely more than a million dollars!

For Sukkos Hashem blessed us with a plethora of mitzvos: sukkah, lulav, hallel, and hoshanos. When we had a Bais HaMikdash we also had the mitzvah of nisuch hamayim, simchas beis hashoeva, and numerous additional korbonos. Sitting in a sukkah turns our mundane acts into spirituality. Eating, drinking, sleeping, and just spending time with family are now mitzvos. And the grand finale is Shemini Atzeres/Simchas Torah when we rejoice with the Torah, the greatest gift of all.

This is the perfect time to practice really enjoying mitzvos. Before doing each one, think about the billions of non-Jews who do not have the ability (without converting) to serve Hashem through these actions. The result will be that when we say in Shemoneh Esrei “v’keiravtanu malkeinu l’avodasecha – You drew us close, our King, to Your service,” we will say it with joy and feeling! 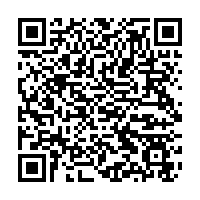