One cannot fully appreciate the life and accomplishments of Aaron Lopez (1731-1782) unless one is familiar with the history of the Inquisition. “The story of the 1492 expulsion of the Jews from Span is well known.  Not so well known is what happened five years later in the neighboring country of Portugal. Of those Jews who chose to flee Spain in 1492, large numbers went to Morocco, Italy and to the Ottoman Empire.  But, the greatest number, perhaps half of the total went to Portugal. King Jo?o II, of Portugal, allowed them to enter.  He was preparing for war against the Moors, and he needed the taxes collected from these Jews to finance that war.

“Permanent residence was granted only to 630 wealthy families who were allowed to establish themselves in several parts of the country upon payment of 100 cruzados.  Others were allowed to settle for only eight months upon payment of eight cruzados for each adult.  The king then bound himself to provide shipping so that they could leave.   One hundred thousand refugees may have entered under these conditions.  At the end of eight months, however, the king saw to it that little shipping was available and few could leave.  Those left behind were declared forfeit of their liberty and were declared slaves of the king.”[1]


The situation of the Jews continued to deteriorate. Pressure was exerted upon them to convert to Christianity. Those who did not were told that they had to leave Portugal. However, in the end, the vast majority of Jews were not allowed to leave, and any who had not undergone conversion were forcibly converted. “Holy water was sprinkled on them and they were declared to be Christians. King Manoel (the successor to King Jo?o II) then informed the Catholic Kings of Spain, ‘There are no more Jews in Portugal.'”[2]

“If any of these New Christians, as the Portuguese contemptuously designated them, thought to find security in their new status, events proved them frighteningly mistaken.” Even two centuries later those ‘of the Jewish race’ in Lisbon still had occasion to dread the threat of
persecution. A day of wrath dawned for one of their number on October 19, 1739, some 203 years after the establishment of the Inquisition in Portugal.”  On that day, Antonio Jos? da Silva, one of Portugal’s outstanding poets and dramatists, was garroted (strangled) and burned in an auto da f? (the burning of a heretic). The “crime” that led to his death was his heresy for secretly “observing the Mosaic laws.”[3]

Despite the obvious dangers that New Christians who secretly practiced Judaism were subjected to, hundreds of years after their forced conversion in 1497 one could still find families tenaciously clinging to the faith of their fathers and willing to risk their lives for Judaism. “Among the New Christians in Lisbon at the time (of Dom Antonio’s execution) was the family of Diego Jos?Lopez, born and twice-married in Portugal.” Dom Diego “remained a loyal Jew, outwardly devout Catholic professions notwithstanding.”

Duarte (Edward) Lopez was born into this well-to-do family in 1731. “Raised to practice Judaism only in secret, while maintaining outward conformity with Catholicism to all appearances, Lopez reached maturity, married and had a baby daughter before deciding to leave Portugal for a new, openly Jewish life in British North America, where he joined his older brother Moses. Moses Lopez, who had himself left Portugal in his teens, had come of age in New York City before establishing himself in Newport, Rhode Island, in the early 1740s.”[4]

“Arriving in Newport (on October 13, 1752) the Lopezes lost no time in availing themselves of their new freedom.” Duarte had himself circumcised at the age of 21. He and his wife Anna “were remarried, with the traditional Jewish ceremony. His name was changed to Aaron, and hers to Abigail. Their daughter’s name (Catherine) they changed to Sarah.”[5]  “With the help of his brother Moses (Aaron) set himself up in business. By 1760, his efforts to engage in the wholesale commodities trade had also proved successful. His business activities grew widely over the next 15 years to include whaling and a few ventures in the slave trade, as well as the export of Newport manufactures such as furniture, axes, plank and board, flour, barrel staves and salt fish.”[6] The Lopezes lived as strictly observant Jews, and Aaron played a key role in the establishment and development of what eventually became known as the Touro Synagogue. He laid the first corner stone[7] and served more than once as parnas (president) of the congregation.  He frequently donated money for the upkeep of the synagogue and in 1770 presented one of the five beautiful candelabra that are suspended from its ceiling.[8]

For Aaron and his family, “The Sabbath was to be taken seriously; ‘It being Friday and late in the day I shall not have time to enlarge.’ His shop would be closed on the Sabbath (and on Sunday as well); no ship of his would depart Newport on a Saturday.  He would not conduct business on the Jewish Festivals either. ‘When I was a[t] Newport least (sic) April,’ an out-of-town client told him, ‘it happened to be on holy days and could not see you.’ Obviously it was Passover which had made Aaron inaccessible. On one occasion Aaron is known to have secured 250 pounds of matsah, unleavened Passover bread, from New York – not such a large order when one considers the size of his m?nage. Even the outbreak of the Revolution and flight from Newport could not persuade the Lopezes to forgo observance of the Passover.”

“Some of the cheese Aaron sold, it is worth noting, was ‘coushir’ (kosher), fit for use on the tables of God-fearing Jews and often shipped to their communities in the Southern colonies and the Caribbean. Not at all infrequently, as it happened, kosher provisions – ‘Jew beef’ and tongues, as well as cheese – were on sale in his shop and included in cargoes to the West Indies. A cargo might even contain so rare a delicacy as ‘chorisas’ (haroses)”[9]

“With the outbreak of the Revolutionary War in 1776, Lopez began to suffer a dramatic downturn in his business, along with most colonial merchants. As the British took Savannah in 1778, Lopez evacuated his family to Leicester, Massachusetts, where he set up a retail shop and a modest commodities trade via overland routes through Salem, Boston and Providence. Over the course of the next four years, he became a key supplier to the American forces, providing such necessities as flour and leather breeches.”In 1782, while on the way to Newport with his family, Aaron Lopez accidentally drowned in Scott’s pond in Smithfield, Rhode Island, while watering his horse. He left behind his grieving (second) wife Sarah, devoted father-in-law and business partner Jacob Rodriguez Rivera, and 15 surviving children. “What sort of a Jew was Aaron? He lived in the world of eighteenth-century American Sephardic orthodoxy and simultaneously in the world of the eighteenth-century Gentile milieu. He belonged as much to the one as to the other, and he appears to have been conscious of no inevitable conflict between the two. ‘All who knew him agree,’ wrote a Massachusetts journalist shortly after Aaron’s death, ‘that he was, in the fullest import of the words, a good citizen and an honest man.’ Nearly all we know or can surmise of Aaron’s life lends substance to this observation.”

Ezras Stiles believed “him to have been ‘without a single enemy and the most universally beloved by an extensive acquaintance of any man I have ever knew.’ Aaron’s ‘beneficence to his fam[ily] and connexions, to his nation [the Jews], and to all the world is almost without parallel.’ Such was the buenafama of Aaron Lopez.”

Dr. Yitzchak Levine, a frequent contributor to The Jewish Press, is a professor in the department of Mathematical Sciences Stevens Institute of Technology, Hoboken, New Jersey. He may be contacted at llevine@stevens-tech.edu. 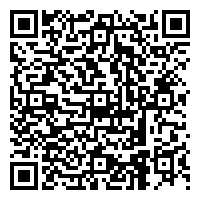