(Unless otherwise noted all quotes are from “The American Indian (Uh-Nish-In-Na-Ba), The Whole Subject Complete in One Volume” by Elijah M. Haines, the Mas-Sin-Na’-Gan Company, Chicago, 1888, Chapter IV pages 98-115. The text can be viewed at Google Books.)


Last month’s column sketched the “basis” for the belief that the American Indian is descended from the Ten Lost Tribes. One of the foremost proponents of this theory was the Indian trader James Adair (c.1709-1783). In 1775 he wrote The History of the Indians,[i]arguably the most significant eighteenth-century work on the southeastern Indians, in which he presented 23 arguments that “proved” the North American aborigines were descended from the Ten Lost Tribes. These are:

“1. Their division into tribes. 2. Their worship of J-hov-h. 3. Their notions of a theocracy. 4. Their belief in the administration of angels. 5. Their language and dialects. 6. Their manner of counting time. 7. Their prophets and high priests. 8. Their festivals, fasts and religious rites. 9. Their daily sacrifice. 10. Their ablutions and anointings. 11. Their laws of uncleanliness. 12. Their abstinence from unclean things. 18. Their marriage, divorces and punishments of adultery. 14. Their several punishments. 15. Their cities of refuge. 16. Their purifications and preparatory ceremonies. 17. Their ornaments. 18. Their manner of curing the sick. 19. Their burial of the dead. 20. Their mourning for the dead. 21. Their raising seed to a deceased brother. 22. Their change of names adapted to their circumstances and times. 23. Their own traditions, the account of English writers; and the testimonies given by Spaniards and other writers of the primitive inhabitants of Mexico and Peru.”

“Many of those who contend for Jewish origin of the American Indian insist that evidence of this fact is found in the languages of the Indians, which appear clearly to have been derived from the Hebrew. This is the opinion expressed by Mr. Adair.”

According to him, the languages of the Indians and the Hebrews both lack prepositions, and are formed with prefixes and suffixes, something he claims is not common to other languages.

Adair and others provide lists of words that are supposedly similar in some Indian languages to Hebrew words. For example, shilu in Indian is supposedly the same as shiloh in Hebrew; the word for man in Indian is ish or ishie.

Other “similar” words are given by Adair and others. But to believe that most of them are similar to Hebrew words would seem to require quite a stretch of the imagination.

The Belief in One God

“It is said that among all the aboriginal tribes and nations of both North and South America, whatever may have been said by the Spaniards to the contrary, they acknowledged one, and only one God, and this again is taken by the advocates of the Jewish origin of the American Indians as further proof that this people are descendants of the Jews. [A certain] Dr. Boudinot [who was purported to be an expert on American aborigines] says of the Indians that they were never known, whatever mercenary Spaniards may have written to the contrary, to pay the least adoration to images or dead persons, to celestial luminaries, to evil spirits, or to any created beings whatever; in which Mr. Adair concurs, adding that none of the numerous tribes and nations, from Hudson Bay to the Mississippi, have ever been known to attempt the formation of any image of God.”

“The Indians count time after the manner of the Hebrews. They divide the year into spring, summer, autumn and winter. They number their years from any of those four periods, for they have no name for a year, and they subdivide these and count the year by lunar months, like the Israelites who counted by moons. They begin a year at the first appearance of the first new moon of the vernal equinox, according to the ecclesiastical year of Moses.”

The person who wrote this seems to have been totally unaware of the fact that the Hebrew calendar is based upon complex calculations that take into account both solar and lunar phenomena.

“In conformity to, or after the manner of the Jews, the Indians of America have their prophets, high priests and others of a religious order. As the Jews had a sanctum sanctorum (holy of holies), so in general have all the Indian nations. There they deposit their consecrated vessels, none of the laity daring to approach that sacred place. Indian tradition says that their fathers were possessed of an extraordinary divine spirit, by which they foretold future things and controlled the common course of nature; and this power they transmitted to their offspring, provided they obeyed the sacred laws annexed pertaining thereto.”

Another proponent of this theory was William Penn (1644-1718), the founder and “absolute proprietor” of the Provence (colony) of Pennsylvania, which eventually became the Commonwealth of Pennsylvania.

Penn wrote the following to a friend in England: “I found them [the Indians of the eastern shore of North America] with like countenances with the Hebrew race; and their children of so lively a resemblance to them that a man would think himself in Duke’s place, or Barry street, in London, when he sees them.”

Elijah Haines, the author of The American Indian, points out, “Here, without the least previous idea of those natives being Israelites, that shrewd man was struck with their perfect resemblance of them, and with other things. He speaks of their dress and trinkets as notable like those of ancient Israel. Mr. Penn further adds that the worship of this people consists in two parts, sacrifices and cantos (songs). The first is with their first fruits, and the first buck they kill goes to the fire; and that all who go to this feast must take a piece of money, which is made of the bone of a fish. (‘None shall appear before me empty.’ [A reference to Shemos 34:20])”

The belief that the aborigine peoples living in the New World were descendents of the lost tribes was widely accepted during the 17th, 18th, and 19th centuries. Indeed, the prominent Jewish leader Mordechai Manuel Noah (1785-1851) was convinced of this.

“On February 14, 1837 he [Noah] delivered, under the auspices of the Mercantile Library Association, a lecture on ‘Jewish Antiquities,’ or the lost ten tribes. Like Protestant evangelicals, he praised Indians as virtuous and noble. Quoting published research, he linked the red men to numerous aspects of Jewish ritual and custom. He also adduced many similarities between Indian languages and Hebrew. The numerous comparisons, however, were no more convincing in Noah’s formulation than in those of his predecessors.”[ii]

The Theory Is Bunk

Today, of course, this belief is not accepted by most people and certainly not by Orthodox Jews. (It is, however, a fundamental tenet of Mormonism.)

Simon G. Southerton’s book Losing a Lost Tribe[iii] contains a thorough study of the pre-migration origin of Native Americans based on DNA genetic markers. His results show that these peoples are of Siberian and Polynesian. If the American Indians were of Hebrew descent, their DNA would correlate with Middle Eastern genetic markers, which it does not. Thus, DNA testing contradicts the doctrine that the aborigine peoples living here when the New World was discovered were descended from the ten lost tribes. 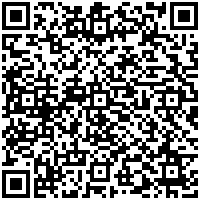