Imagine having the job of your dreams: you become a New York City cop and you are stationed at the iconic World Trade Center command post.

But then, imagine having your dream dissolve in a cesspool of anti-Semitism, with messages like “Hail [sic] Hitler,” and “dirty f[expletive deleted] Jew” and Nazi salutes from fellow officers?


And it gets worse: when you finally cannot take it anymore you present the problem to your superiors who ignore the problem, but tell your colleagues you ratted on them, and as a result, your squad mates ramp up the anti-Semitic vitriol?

That is what David Attali, an Israeli-American Orthodox Jew experienced, according to the Complaint he filed on January 20, in the federal district court in the Southern District of New York.

Attali brought his lawsuit against the City, several of his fellow police officers and four of his supervisors for racial and religious discrimination and for their retaliation against him after he raised an internal complaint.

The story outlined in Attali’s legal complaint would be awful, but not shocking, had it happened thirty or forty years ago.

Attali’s Complaint is a catalog of ugliness. It includes posting of threats in and on his police locker, vicious texts, physical taunts, and Nazi salutes by police officers in full uniform, on the sidewalk in New York City.

Attali became a police officer in July of 2008. According to his Complaint, just about as soon as he joined the force he observed instances of anti-Semitism.

For example, one of his fellow officers referred to a group of Jewish schoolboys as “Christ killers,” and said he “bet they have horns” under their kippot. He also noticed that the ringtone of another police officer was a speech of Adolf Hitler’s.

But when Attali first joined the force his colleagues did not realize he was Jewish. It was not until they realized he was Jewish that the ugliness intensified and became directed at him.

The other police officers with whom he worked began referring to him as either “the Jew,” or “the dirty Jew,” or “dirty f[expletive deleted] Jew.”

All of this harassment took place in full view of their superiors, none of whom did anything to stop the wrongdoing.

One of the more egregious recurring incidents lasted for months. Several of the officers in his squad, during work hours – so while wearing NYPD uniforms – would give Attali the Nazi salute right on the street outside of the Command office.

Finally, in late May of 2014, Attali complained about the discriminatory harassment and religious and racial discrimination to the New York Office of Equal Employment Opportunity. In addition to laying out the many instances of harassment, officer Attali requested a transfer from the World Trade Center Command center.

According to Attali’s Complaint, on May 27, 2014, several different police officers made anti-Semitic comments to Attali. One said:

Attali’s father-in-law lived in Belgium under German occupation in World War II, and his wife’s grandfather died in a concentration camp.

Despite Attali’s repeated complaints, and despite the supervisors’ direct observation of the constant harassment, Attali alleges in his lawsuit, none of his supervisors did anything to rectify the situation.

Instead, his colleagues began calling him a rat and a “rat [expletive deleted], for complaining, while the anti-Semitic and racist comments and actions continued.

Attali began arriving extra early to work and leaving after the others left for the day, in order to avoid having to be confronted by his fellow officers in the locker room.

In mid-July, 2014, Attali learned that his transfer request was denied, although twelve other transfers were permitted during his service.

After having his transfer request denied, Attali realized there was no hope for the situation to improve. In August, no longer able to tolerate the ceaseless harassment, Attali left the police force, claiming he had been “constructively discharged.”

Now Attali is waiting for the police officers to formally Answer his Complaint. The officers denied any wrongdoing at the OEEO stage. At this stage, however, Attali’s lawyer, Rocco Avallone, will submit evidence which include pictures, text messages and at least one videotape which reveal the discrimination inflicted upon him by his fellow police officers.

Avallone, of Avallone & Bellistri of Lake Success, New York, spoke with The Jewish Press. The lawyer said that, “the destruction of one man’s dream led to this lawsuit. The police department could have averted this terrible situation had those responsible paid any attention. Instead of taking it seriously, the supervisors just swept it under the rug. Now there is a lawsuit which we hope will begin to rectify the situation.”

The lawyer who represented the defendant officers at the internal hearing stage said Attali just wanted to get out of the job, so he made false claims against other officers and is now ‘“trying to get money on the way out the door.” 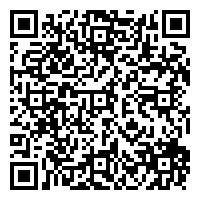