Co-Owner of the Pioneer Country Club, World Traveler and Author of the Magazine, Inside Israel

AMSTERDAM: We arrived here on KLM Airlines and the first thing we were interested in was finding a kosher restaurant. A taxi soon took us there. It is located in the Poalei Agudath Israel Youth Center. It is primarily a place for young students who attend the university and desire a kosher place [to eat]. The Jewish community and the Poalei Agudath Israel subsidize them. The Bnei Akivah group has a similar plan but on a smaller scale.

After we settled in a local hotel, we went sightseeing. Amsterdam is a very nice and clean place. The people are fairly well dressed. The stores are as modern as New York and there seems to be no shortage of anything. Food prices, except meat, are lower than in the USA. Clothing prices are about the same.

The Jewish people are gradually getting back on their feet after the great suffering they experienced during the last war. From 120,000 Jews that were here before Hitler, only 10,000 now remain. The rest were killed, especially the young children.

When we were in the synagogue this past Saturday, one of the six synagogues that remain out of the original forty-eight, a bar mitzvah was in progress. I was told only recently they started having bar mitzvahsagain because there were no children left alive after the last war. These children were born after the war.

People still ask us, “Do you in America realize what happened to us? Do you realize what it means when a mother sends her children to school at 9am and at 10am trucks come to the school, take the children away and you never see them again? Or the Gestapo knocks on your door in the middle of the night, orders your husband to get dressed and you don’t even have a chance to say good-bye and you never see him again?”

Questions like these are still being asked by mothers, wives and husbands. We assure them that we knew about these things but then what else can we tell them? How can we console them?

We can still see the ruins of houses in the old Jewish section of Amsterdam. We were told that these houses were used for kindling wood in the cold winter months during the German occupation when no coal was available. The homes were never repaired because the former owners never returned from the concentration camps.

We visited the Portuguese Sefardic Synagogue, which is
the largest in the city and is over 300 years old. We were told that everything in the synagogue, the benches, even the candlesticks are the original ones and no change has been made in hundreds of years. They have no electricity and when they conduct services, which is only on Saturdays and holidays they light up 968 candles, which are in big lamps hanging down from a very high ceiling and from the side walls.

While the synagogue has over 2000 seats, not more than 50 or 60 people attend services now.

In the Sefardic synagogue we saw the old library, which contains thousands of books, some of them 600-700 years old. In a glass case we saw a letter that was written to “Shabtai Zvi,” the false Messiah. The letter starts with the words “Adoneynu, Umoreynu etc.” and signed by important people. We were told that this letter was to be sent to Shabtai Zvi, but before it was sent they found out the truth about him, so this letter remained in the possession of the Amsterdam Kehilah.

In Amsterdam is the Jewish Museum where they have on display various religious items such as menorahs, Megillahs and otherdocuments, all hundreds of years old. Of special interest is a very tall statue of the giant Goliath of biblical times. It is around 15 feet high and near his feet is a small statue of the boy, David, holding a sling and a sharp stone, which he later threw at the face of the giant killing him and ending the war between the Jews and the Philistines.

We spent five days in Amsterdam, the city of canals, with over 500 bridges and we are now on our way to Frankfurt. We are very anxious to see how our brethren live in the land of sad memories and terrible experiences. We were traveling on KLM Royal Dutch Airline, which on the way to Athens, Greece and Israel stops in Frankfurt, Germany. We were hesitant to stop in Frankfurt for many reasons but we learned that there as many as 28,000 Jewish people in Germany and about 3000 of them live in Frankfurt.

We decided to speak to them personally and ask them how they were being treated and what their plans were for the future. After speaking to as many as we had the opportunity and time to speak to, we found that a large percentage of the Jewish inhabitants are newcomers who came here after the war. Most of the newly arrived are from Poland and the rest from Hungary, Romania etc. There were a few former citizens who had returned from the concentration camps.

After the war they opened restaurants and cafes and prospered. For example, the Rex Hotel on the Berliner Strasse is Jewish owned. We were also told that the people who owned stores or their own business before they were sent to the concentration camps, received these stores back or they received cash. Many reopened their old stores and others went into the textile business.

At the moment there seems to be no outward anti-Semitism although it is known that about 25% of the non-Jewish population are unfriendly to the Jews. Most of the Jewish people want to leave for they see no future in Germany, especially for their young children. We were also surprised to learn that quite a number had emigrated from Israel back to Germany. We were especially interested to find out why anyone, having undergoing those terrible experiences in Germany, would want to return to this country.

I was given many answers to this question. “Life is very hard in Israel, especially for a new immigrant. Several years pass until suitable living quarters are found or until a decent paying position is found or a business can be started.”

They are very tired and broken up and have no strength to start a new life as pioneers. In Germany life is much easier. Others claim that their stay in Germany is only temporary, until they collect all the payments due them from the German government for their personal and business damages. Meanwhile they are staying and doing business in Germany.

Religious life is very sad in Germany. There are no places of learning for children and there seems to be no future for them to grow up as observant Jews. There are many mixed marriages. I spoke to some of the rabbis who told me that most of the time they are occupied arranging conversions of non-Jewish girls so that they can marry Jewish boys. However, no non-Jewish male ever converts and even the girls, as a rule, forget the whole thing soon after the so-called Jewish marriage.

The city of Frankfurt is very beautiful. The stores and the shopping centers on the main street display all kinds of merchandise and can be compared in beauty and in size to the stores on Fifth Avenue in New York City. The prices are very reasonable compared to the United States. Many of the shops are owned by Jews.

On the outskirts of the city are several American colonies where American soldiers and their families live. They have their own stores, places of amusement etc. We spent two days in Frankfurt and we are on our way to Athens, Greece, where we will stay for a day and continue with the Olympic line to Cypress and to Israel. 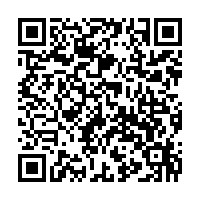