Although some political observers had expected Bush to take a somewhat harder line with Sharon than he had in the past, particularly after the visit to Washington last week by Egyptian President Hosni Mubarak, the meeting with Sharon went about as well as Israeli officials could have hoped.

Rejecting Mubarak?s suggestion that the U.S. set a timetable for negotiations on eventual Palestinian statehood, Bush insisted that the restructuring of the Palestinian Authority take precedence at the moment.

?First things first,? the president said. Reform of the PA?s security, judicial and economic infrastructure must be undertaken, according to Bush, ?to give the Palestinian people hope and to give the Israelis confidence that the emerging government will be someone with whom they can deal.?

The president also minced no words in defending Israel?s latest siege of PA headquarters in Ramallah. Referring to the encirclement of Arafat?s compound by Israeli tanks begun just hours before Sharon?s Washington visit, Bush said ?Israel has a right to defend herself.?

Asked about the potential timing for a summit, Bush told reporters: ?Let?s get the summit in context… the proposed summit this summer, a ministerial summit of people to come together to work toward the conditions necessary to establish a peace. See the conditions aren?t even there yet.

White House spokesman Ari Fleischer said after the meeting that no decision had yet been made about whether Bush or someone else in the administration would make a speech on the U.S. vision for peace between Israel and the Palestinians before any future Middle East conference.

Bush, Fleischer said, still has to mull over the conflicting views expressed by Mubarak and Sharon. Mubarak has insisted a final peace deal be negotiated along the 1967 armistice lines. Sharon rejects that border as a starting point for talks.

The administration also endorsed Israel?s incursions into the West Bank as a means of self-defense. Fleischer said the White House understands the most recent incursion was of a limited duration.

After his meeting with Bush, Sharon met separately with Vice President Dick Cheney.

This was Sharon?s sixth meeting with Bush since taking office last year. In contrast, the White House has refused to issue a single invitation to Arafat. 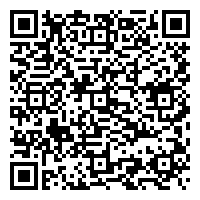