Home Magazine News Bush: “My Commitment To Israel Is Unshakable”
Share on Facebook
Tweet on Twitter
President Bush wrapped up his White House meeting with Israeli Prime Minister Ariel Sharon on Tuesday by declaring at a Rose Garden news conference, “America is firmly committed to the security of Israel as a Jewish state and we are firmly committed to the safety of the Israeli people.

“My commitment to the security of Israel is unshakable.”

Sharon noted that this was his eighth White House visit with President Bush and said, “I am among friends, true friends of the state and the people of Israel.”

Sharon congratulated Bush “on the impressive victory in the Iraqi campaign and for removing Saddam Hussein from power, one of the most ruthless and tyrannical leaders in history.”

The prime minister continued, “Only you, Mr. President, have shown the courage, determination and leadership needed to spearhead the successful campaign to oust this ruthless, merciless despot.”

Beyond the friendly words and almost informal atmosphere – Bush referred to Sharon as ‘Ariel’ and Sharon addressed Bush as ‘George’ – the two leaders seemed to agree more often than not on a number of substantive issues.

While Bush remains critical of the security wall being built by Israel on the West Bank, his remarks on Tuesday were remarkably low key.

“I would hope in the longer term that the fence would be irrelevant,” Bush said. “The fence is a sensitive issue. I understand that.”

Sharon told the president that the wall was designed to help prevent terrorist attacks.

“I said we shall continue building the fence,” Sharon told reporters. “But I shall choose ways which will disturb the Palestinians as little as possible.”

On the issue of terrorism, Bush was as adamant as he was last Friday during his White House meeting with Palestinian Prime Minister Mahmoud Abbas.

“All parties agree that a fundamental obstacle to peace is terrorism, which can never be justified by any cause,” said Bush.

“Last month in Aqaba,” he continued, “Prime Minister Abbas committed to a complete end to violence and terrorism. The Palestinian Authority must undertake sustained, targeted and effective operations to confront those engaged in terror, and to dismantle terrorist capabilities and infrastructure.”

The U.S., Bush vowed, “will continue to be a firm warrior against terrorism wherever it is found. We will encourage all parties to keep their promises and monitor the progress that is made. We will also help the parties find solutions to legitimate concerns.

“As we head down the road to peace, my commitment to the security of Israel is unshakable, as is the enduring friendship of our countries.”

Bush reinforced his tough talk on terrorism in his response to reporters’ questions.

To an Israeli reporter he said, “I fully understand that the most effective campaign to enhance the security of Israel, as well as the security of peace-loving people in the Palestinian territories, is to get after organizations such as Hamas, the terrorist organizations that create the conditions where peace won’t exist.”

Asked by another reporter how he would get ‘Palestinian militants’ to extend the cease-fire, Bush said, “The important message that should have come out of the meeting with Prime Minister Abbas, and, of course, with Prime Minister Sharon, is that those who want to destroy the peace process through terrorist activities must be dealt with. There will be no peace if terrorism flourishes.”

Sharon said that he and Bush agreed that there would be no releasing of Palestinian prisoners ‘with blood on their hands,’ those who are high-probability risks for resuming terrorist activities and those who had been released before and had subsequently committed further acts of terrorism.

Prior to the Bush-Sharon meeting, there had been concern among pro-Israel activists that Bush would sharply condemn Sharon?s insistence on completing the security wall.

“We are telling the Bush people that they are emphasizing the wrong issue,” said Morton Klein, president of the Zionist Organization of America. “The fence is not the issue. The issue is Palestinian non-compliance in dismantling terrorist organizations.”
Advertisement 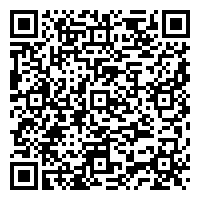