Vice President Dick Cheney said Tuesday morning he would personally meet with Palestinian Authority Chairman Yasir Arafat in the event of a cease-fire between Israelis and Palestinians.

Cheney seemed to go out of his way to reiterate the Bush administration?s support for Israel. ?I was delighted to have the opportunity to reaffirm the strength of America?s commitment to the security and well-being of our friends in Israel,? said the vice president. ?The prime minister and I discussed a wide range of issues, including our cooperation in the war against global terror and our shared concern about the spread of weapons of mass destruction.?

While pressing both sides to negotiate in a spirit of accommodation, Cheney clearly placed the lion?s share of responsibility for reaching and maintaining a cease-fire on Arafat.

?I would expect the 100 percent effort (by Arafat) to begin immediately,? Cheney said, adding that the next few days would be a test of the Palestinian leader?s commitment to progress. He urged Arafat to do whatever he could to prevent terrorist attacks against Israelis.

Cheney?s decision not to meet with Arafat was seen by PA officials as a deliberate snub. ?I don?t understand why this American administration and the vice president are trying so hard just to be one-sided, and to listen to one side at the expense of the other side,? complained Palestinian cabinet minister Saeb Erekat. 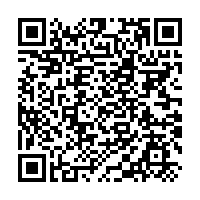