The political world was abuzz this week with the news that Rep. Eric Cantor, the chief deputy minority whip in the House of Representatives and that body’s lone Jewish Republican, was being seriously considered by Sen. John McCain as his vice-presidential running mate.

According to CNN, Fox News, the Associated Press, the Richmond Times-Dispatch and a number of other media outlets, the McCain campaign asked the Virginia Republican for personal information and documents – usually an indication that some serious vetting is afoot.

Cantor, 45, has in recent months put his widely praised fund-raising talents to work for the McCain campaign. He’s also been a frequent guest on cable news shows touting McCain’s positions on a variety of issues and he serves as co-chairman of McCain’s Jewish outreach efforts.

One of Israel’s strongest champions in Congress, Cantor chaired the Republican task force on terrorism and unconventional warfare, and has been outspoken in his praise of President Bush’s support of the Jewish state. (Daniel Cantor Wultz, the Florida teenager killed by a suicide bomber while visiting Israel in 2006, was Cantor’s cousin.)

Earlier this year Cantor criticized Speaker of the House Nancy Pelosi for her claim that Bush’s Mideast policies were detrimental to Israel. “There is near unanimity in those who are interested in

the U.S.-Israel relationship,” he said, “that this has been the best president Israel has had in the White House.”

Both Cantor’s office and the McCain campaign have refused to comment on the vice-presidential rumors. While most political pros still consider it something of a longshot that Cantor will be selected as McCain’s running mate, Politico’s list of remaining GOP vice-presidential contenders includes Cantor, former Massachusetts Gov. Mitt Romney, Minnesota Gov. Tim Pawlenty, and Rob Portman of Ohio, a former congressman, White House budget director and U.S. trade ambassador.

Politico’s Mike Allen and Jonathan Martin describe Cantor as “a young fiscal conservative who could help keep Virginia from tipping blue” – a reference to the changing political profile of a state that has long a Republican stronghold in presidential elections.

Cantor, they add, “could also be an asset in battlegrounds such as Florida, Pennsylvania and Ohio. He has shown appeal to the party’s base as well as to independents, and would be an unconventional choice at a time when McCain is looking to add excitement to his campaign.”

Allen and Martin also note that the prominent evangelical leader Dr. Richard Land, president of the Southern Baptist Convention’s Ethics and Religious Liberty Commission, “recently praised Cantor as a potential McCain running mate, calling him rock-solid on social issues – a huge concern for Christian conservatives with the maverick McCain at the top of the ticket.

Virginia Republican strategist Chris LaCivita told Politico that “McCain needs to do something different” and, pointing to Cantor’s youth, skills as a fund-raiser, and strong ties to the business community as well as to conservative activists, said Cantor “fits all the bills.”

The Wall Street Journal’s Susan Davis reported that talk of Cantor’s vice-presidential prospects picked up after Cantor and his wife Diana, a managing director of the New York Private Bank & Trust investment firm, had a private lunch in mid-July with McCain at the Hamptons home of businessman Ron Perelman.

Cantor was first elected to Congress from Virginia’s 7th District in 2000 and has since become one of the state’s most popular politicians, easily winning reelection in 2002, 2004 and 2006. The Richmond Times-Dispatch described him as having become “indispensable” in Washington.

A graduate of George Washington University, William and Mary Law School and Columbia University (where he earned a master’s degree in real estate), Cantor got his start practicing law at his family’s Richmond-based real estate company.

According to his entry in The Almanac of American Politics, Cantor in 1991 “was elected to the first of five terms in Virginia’s House of Delegates.When Congressman Tom Bliley announced his retirement in 2000Cantor entered the race.”

Once in Washington, Cantor enjoyed what the Almanac terms “a meteoric rise to [party] leadership.” 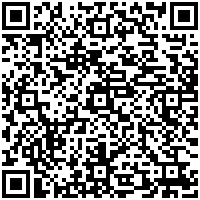