I was in a restaurant “doing lunch” with friends, when a young woman walked in. We all spontaneously turned our heads as she walked past us. We couldn’t help but be impressed by her gorgeous blond hair. I was mesmerized by the cascades of golden waves and curls that caressed her shoulders and lower back.

“What beautiful hair,” I thought to myself. I could never grow that length of hair no matter how many months or years no scissors touched my head. In fact, as a teenager and young adult, I couldn’t wait to get married just so I could “buy” and wear the long hair I could not grow on my own.


“This girl will have the boys lining up for her,” I thought to myself until one of my friends mentioned who the girl was. “That’s So and So… she married Dr. So and So’s son last month. My boy flew in from yeshiva to be at the wedding.”

I now understood that what I was looking at was a sheitel. That’s how realistic-looking human-hair sheitels are these days, which triggered a memory of a conversation I had with a neighbor a few months ago. She had invited me for a Shabbat meal and said, “It’s a good thing my husband thinks your hair is a sheitel, or else he wouldn’t have let me invite you.” (Ironically my hair is thicker since I started taking thyroid pills!)

Interestingly, a divorced friend, months earlier, had a similar experience: She had been invited for a Yom Tov meal over Sukkot on the condition that she covers her hair. The woman who invited her seemed to be apologetic, but her husband had made the request. My friend wore a hat out of respect for her host, but he averted his eyes during the meal and actually seated her in a spot from where he could not easily see her.

I imagine that other women who have been married but no longer are and wear their hair au natural have been in some way criticized for doing so or made to feel as if they are doing something wrong by having their hair seen in public.

I actually told my neighbor that I had a heter from a well-known rav to not cover my hair. She told me that it didn’t matter, as her husband didn’t hold by that. Once married, your hair shouldn’t be seen – even if you no longer are an eishet ish.

Now, on the surface it’s not a big deal, like my friend did, to accommodate the request to “cover up.” But on so many levels, what we experienced is so wrong. By the way, we are both bubbies – and, trust me, we probably would look better in a wig or head covering. Wigs cover split ends and grey and limp hair beautifully.

Which leads to one of several points that I want to make.

Why would it be more “tznuisdik” for me to go to a Shabbat meal in a sheitel when my host thought my own hair was one?  Today’s sheitels do not look like the birds’ nests of the shtetel – and haven’t in a long time. Nowadays, because most are human hair, have parts and are even made to fit the shape of one’s head, they look like the wearer’s own hair. Doesn’t it defeat the purpose of covering your hair when you can’t tell that it is, indeed, a covering?

Which brings to mind a conversation I had many years ago in shul. A classmate’s mother, a survivor who was traditional but not Orthodox and at shul for a simcha, noticed an attractive teenager (she was actually 18) and told me in Yiddish what a “scheine maidel” (pretty little girl) she was. I told her that the young lady was actually a married woman.

I doubt her mouth could have dropped any lower!

A friend’s daughter told me that she was working in a corporation with many non-Jewish employees, and at the water cooler they would remark on the boss’s wife’s beautiful head of hair whenever she dropped in.  They had no idea they were looking at a wig. Why would they think it was?  In their world, actresses or cancer patients wear wigs – regular women don’t. Except at a costume party.

So what I find perplexing is why it’s okay to wear a wig that could be mistaken for one’s own hair, but not your own – especially if you are not married.  I did cover my hair for many, many years after I became a “born-again single” in my upper 20’s.  My kids were in school and it made me fit it with the other young mothers. I was Mrs. Kupfer to the teachers and staff, and wanted to look the part.

However, I realized that if I were in shul with my hair covered, people who did not know me – let’s say they were visiting for a simcha – would assume that I was married.  If my hair was not covered they would realize that I was single and who knows… maybe an out-of-town guest with matchmaking on her mind might try to set me up with her husband’s cousin’s single brother-in-law.

Another aspect of “cover your hair or you’re not welcome to join us” that I found disturbing was the attitude towards the heter I had received. I had told my neighbor that I had a heter not to cover my hair, and she said that it didn’t matter. Had her husband realized I don’t wear a sheitel it’s unlikely I would have been invited. How can such a pleasant person be so narrow-minded as to be dismissive of a rav’s ruling?

In the grand scheme of things, this is a seemingly minor situation, but it sadly is indicative of what is wrong in Orthodoxy – a lack of respect for an opinion that doesn’t mesh with yours. It’s the arrogant and petty attitude that only my rav is right – only his daas Torah is valid – and the contempt shown not just by individuals but also by entire communities towards another community that leads to sinat chinam and a lack of unity that makes us vulnerable.

No doubt this intolerant attitude of “my way, or the highway” causes Hashem anguish. Every father wants his kids to get along and respect one another. And we should – for our own spiritual wellbeing. 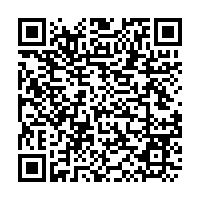