The media has been saturated with stories about powerful or famous men in the worlds of politics, entertainment and news who have been accused of inappropriate behavior towards women who worked with or had frequent dealings with them.

As some of these men are Jewish, I couldn’t help wonder if they were aware of the concept of shomer negia – of refraining from touching people who are off limits to them halachically.  Even secular society has a “hands off” rule when it comes to uninvited touching, although a massive blind eye and an entrenched culture of “boys will be boys” let perpetrators get away with their intrusive, unsavory actions, and their victims were smothered by silence.

Seemingly out of nowhere, in line with bullying, bulldozing oneself into a vulnerable individual’s personal space has become a taboo, resulting in the humiliating, downward spiral of so many powerful men.  For them, there have been significant financial, social and legal repercussions.

On one level, being shomer negia is about respecting personal boundaries, but it is really so much more, because when a person refrains from trespassing into another person’s physical space, he is, whether he realizes it or not, acknowledging that person’s humanity, his or her equality with all mankind – equality that is divinely based because every man, woman and child has been created in Hashem’s image, b’tzelem Elokim.

Nowhere is it indicated that males have more tzelem Elokim than women, or that adults have more than children, or even that Jews were created more in Hashem’s image than non-Jews.  We all deserve respect and the honoring of the physical boundaries that are universally recognized as key to the integrity, well-being and safety of each individual.

But non-appropriate touching should not only be defined as non-tzinyusdik touching that is, “wink, wink,” fueled by hormones. Blatant disregard of a person’s “dalet amot,” her personal parameters,” can be caused by a willful desire to minimize someone, to undermine her sense of value and worthiness. Often, by making a person feel like “less” (and not an “equal”), the one doing the put-down believes himself as being “more,” and artificially inflates himself by devaluating his victim. This diminishing is easily achieved by intruding on the other’s personal space.

The victims, usually women, but some men too, generally can’t refuse the predator as he was in an authority figure, so they put up with inappropriate behaviors because their livelihood depends on his good graces. And, of course, children are socialized to put up with uninvited “benign” touching so as not to offend the grownups in their lives.

As a round-faced child with big cheeks, I was often pinched by visitors to our home, or in shul by acquaintances of my father. I look back and am beyond flabbergasted that it was considered totally okay for these men – it was always men, never women – to come up close to me, bend their index and middle fingers on a soft spot on my cheek, and twist and pull clockwise, tightening their grip as their wrist turned. It hurt so much. I am sure they were aware of my pain, as my eyes would start tearing, and I would contort my face, but somehow, that spurred most of them to smile and pinch and twist even harder. Not letting go until they had enough. Or somehow sensed from the other adults watching that it was enough already. But no one actually stopped them. Including myself.

My generation was trained to obey the grownups and not embarrass them or be “chutzpadik” by complaining or telling them to stop. Since all the adults in our social circle were Holocaust survivors, we kids were used to behavior that was atypical – and used to being stoic as to not to upset the grownups – they had suffered so much already.

These men, many of whom were frum and, who I am convinced knowingly and deliberately invaded my personal space, disrespected the boundary that Hashem bestowed on every human, and broke a fundamental existential precept: Respect the holiness of the individual for he/she is made in His image. When you disrespect an individual’s private space you are mocking Hashem and His sovereignty.

There are also “negia” violations that are not physical, but mental. That is when you try to impose your will over a more vulnerable person, either because of a need to control or because of a misguided belief that you know best.

As a parent, I was most definitely guilty of unfortunate trespasses of my kids’ personal space, many times over, but not on purpose. Parenting is a constant balance between respecting a child’s privacy, or preferences, and ignoring them, or insisting they listen to you. One incident remains seared in my memory.

Decades ago, I hosted a singles program in my house. Several acquaintances marveled over a figurine that one of my sons had carved from wax he had collected from melted Shabbat and Chanukah candles. I told them that he had created several wax airplanes based on the WWII airplanes model airplanes I bought for him as a hobby.

I told my son who was in his room that I wanted to show his other creations to my friends. He did not want me to, but I ignored his protests and took them, seeing as it was a compliment to his talents. I was so proud of his work and so eager for his creativity to be praised that I invaded his space. I ignored the command to be shomer negia – not to invade someone’s space, be it physical or emotional. I failed to acknowledge his right to say yes or no; I ignored his ownership of his preferences, and took the models. After showing them off to my guests, I gave them back to him. That next morning I saw that he had broken them into pieces.

Parental interference is warranted if there are very obvious halachic issues or inherent dangers in the child’s choice, but where the choice is within the parameters of societal norms, the parent/friend/teacher may be violating the precept of shomer negia. Since every person has a godly spark, and is made in Hashem’s image, it goes without saying that he or she is entitled to have his or her choices respected, be it in terms of his/her education, occupation or lifestyle – “What, you are vegetarian? you need to eat red meat.”

It’s easy to feel you are right in imposing your wants on another person rather than being respectful of his or her choices. Often, well-meaning experts will invade your space and push their opinion. “You must put your money into the stock market. Your money is going nowhere in that savings account. I know you are risk-adverse, but you’ll outlive your money if you don’t invest.” Or, please, doctor, spouse, adult son or daughter, no more chemo, let me enjoy the time that I have in peace, at home, not hooked up to machines that will only prolong my dying, not my life.  The cancer is everywhere. Let me enjoy my last days at home with my children and grandchildren. And being told, “No, you’ve got to stay in the hospital. You’ve got to keep fighting. ”

Often good intentions lead to not being shomer negia, of assaulting someone’s will, of overstepping the boundaries that shore up self-determination, and undermining the implementing of personal choices that is the birthright of all whose body and soul are sourced by Hashem. 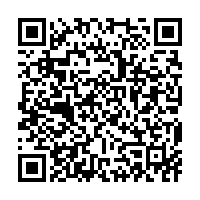