In my last column, I revealed that a year ago on Tisha B’Av my doctor called the day after I had a scan (I have learned that good news takes days longer to arrive than wicked news.) The test showed that I had lytic lesions (shortened from osteolytic – I guess osteolytic is a mouthful for an already stressed patient to remember and enunciate). These lesions are holes/thinning in my bones.

After further investigation, I was diagnosed with multiple myeloma (MM), cancer of the bone marrow, specifically the plasma cells that produce the antibodies/proteins that are the biological version of the IDF.


Invaders like viruses and bacteria are pounced upon by the body’s defense forces, except the mutated “bizzaro” cells (anyone who grew up reading Superman comics will know what I am talking about) are too impaired to do their job. Thus, the MM patient can suffer from recurrent infections; bone pain due to weakened or brittle bones caused by cancerous cells that act like “termites”; renal impairment due to the calcium released by deteriorating bone and abnormal protein, and anemia caused by mutated white cells that multiply like fruit flies in a pile of bananas, and crowd out the healthy, energy-giving red cells.

(Please note, I’m not a doctor and hence my understanding of the biology of MM is limited. I’m simplifying the process in a way that makes sense to me and hopefully you as well.)

Because it is a relatively rare cancer, an accurate diagnosis is often greatly delayed. There are always many sound reasons to explain fatigue, backaches, leg pain, sore necks and tiredness, especially in middle aged to older people.

The median age of MM patients is 65. It is what I call a “baby boomer” cancer – and there are over 75 million boomers. Again, it’s rare, like lottery winners, yet every week a new multi-millionaire is created.

Because of a tardy diagnosis, many patients experience significant bone damage that requires surgery with plates and pins, get pneumonia or have impaired renal function – or simply be very lethargic.

I had no symptoms. My complete blood count was normal – red cells, white cells and platelets, as well as my calcium were where they were supposed to be, as were other indicators of renal issues. The only thing that was odd kidney-wise was that my urine was very frothy and foamy, like when you pour soda or beer into a glass.  An earlier urine test was negative for protein or kidney/bladder cancer. Relieved, I attributed the “frothiness” to my drinking more almond milk, since a year earlier tests showed I had mild to moderate osteoporosis.

However, six months later, during the process to help confirm my diagnosis, a 24-hour urine test ordered by the oncologist showed a protein indicative of multiple myeloma. Apparently, I have a rare version of this rare cancer called light chain myeloma, in which incomplete protein chains are secreted by the kidneys. It does not show up in regular blood work.  (Interestingly markers that show thyroid cancer never showed up in my blood either).

I would strongly recommend that everyone get a 24-hour urine test with their yearly physical and ask that it be checked for protein, especially Bence-Jones.

As I mentioned in Part One, my journey to diagnosis was launched by a simple sneeze that caused a sharp pain for a few seconds in July 2017. And that was the only time that happened.

One test that helps confirm and stage MM, is the skeletal survey – also known as a metastatic survey. (I prefer the former, it sounds less dire). It’s basically a head to toe X-ray.

Since I am signed in for a patient portal, I have access to my medical records and the results of all tests, such as blood work and doctor assessments as soon as they are posted. It has been very valuable as an informed patient can prevent mistakes.

When an exhausted doctor during my post chemo and stem cell transplant days (it was Easter and he was monitoring both the in-patient and out-patient stem cell transplant patients) told me I required an IV infusion of calcium, I told him my phosphates were below normal also. He double-checked and indeed, he had overlooked it.

During treatments a patient’s electrolytes must be monitored for imbalances. Electrolytes include calcium, magnesium, sodium, potassium, chloride, phosphate, and bicarbonate.

While I wasn’t wasting away – I only lost a couple of pounds thanks to my very stubborn metabolism – I barely ate, as a couple of bites of food made me bloated. And I felt too stuffed to eat, which was no loss as everything tasted like cardboard infused with car engine fluid.

The high dose of chemo I received in preparation for the re-infusion of my bone marrow stem cells that had been removed earlier, can greatly affect taste buds and cause mouth sores and an inflamed throat, making swallowing difficult.

Some patients need IVs for nutrition and meds as they can’t hold anything down. Baruch Hashem, I could.

As I mentioned, I was able to see the results of the skeletal survey within minutes. My immediate reaction was, how is it that I haven’t collapsed in a heap!? So many of my bones had lyrical lesions.

This included my collarbone, mandible (jaw bone); radius and ulna and humerus, (bones of the lower and upper forearms); thighbones, pelvis, and “multiple degenerate disc disease involving the thoracic vertebrae, and the left fifth rib,” site of the pain when I sneezed.

In retrospect there were times I had felt pain in the area, but there was always a reason, like leaning over a dryer to remove a coin, or bending over a crib to lift up a squirming baby. But there was no excuse for pain during a sneeze, although I wrongly thought my osteoporosis had advanced.

Multiple myeloma wasn’t even in my vocabulary.

Yet despite multiple bones having lytic lesions, I was my usual tomboy self, jumping over puddles, and chasing buses pulling away from the bus stop.

My journey has been fraught with drama and trauma. Like when my blood pressure plummeted and the nurse couldn’t find a pulse – after I swallowed a handful of pills routinely given before the stem cell infusion to prevent a reaction to the preservative they were stored in.

Or when right before the second Seder, I spiked a fever – likely from a (foreign blood) platelet transfusion that I received earlier that day because of the chemo that had demolished my blood system. While there is collateral damage to one’s blood system when receiving chemo, for let’s say breast or colon cancer, with multiple myeloma, the blood system is the target.

Protocol dictates going to the hospital for fever over 100.8 due to possible infection, which is bad news if your white cell count is close to zero.

But the physical journey also launched a parallel journey of emotional and spiritual drama and trauma.

I discovered that like the multiple waves of an ECG with constant and immediate ups and downs, my feelings towards our Heavenly Father – extreme gratitude and extreme resentment – fluctuated within nanoseconds. 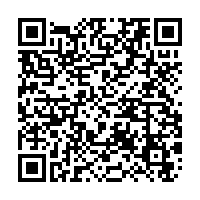