In my last column, I wrote about the importance of being mindful. Mindfulness has two meanings: being aware and alert and having your wits about you, as well as being thoughtful and considerate. Often the two intersect as recently happened with the Shabbat Project. Baal habatim in Jewish communities the world over were mindful that there were Jews who had no clue what Shabbat was all about and warmly extended an invitation to those who were curious and willing to experience it.

In this column, I want to discuss mindful prayer. As I see it, there are two kinds of tefillah. One variety revolves around beseeching Hashem for relief from a very troubling reality, such as a life-threatening illness afflicting oneself, a beloved family member or friend.  I would guesstimate that thousands of these types of prayers are recited daily, formally with Tehillim, or informally, as did Chana, the mother of Shmuel HaNavi, who, being barren, silently and fervently begged Hashem to grant her a child.

Prayers of requests, especially when saturated with desperation, often involve bargaining with Hashem: “If you do this, then I’ll do that” and require very little motivation from an outside source. We spontaneously immerse ourselves in this kind of prayer, e.g., “Please let the shadchan call with good news!”

The other type of prayer, which we recite daily, or should, is that of thanks. Prayers of gratitude ignite awareness, cognizance and genuine mindfulness.

Both are beneficial in that in the case of beseeching prayer, a person feels as if he is being proactive and doing something that perhaps will turn the tide in his favor. Whether the outcome is as was hoped for is up to Hashem, but at least there is the sense that one tried to make a difference.

A mindful prayer where one expresses deep appreciation is extremely beneficial, because when one is grateful, one is conscious of the positive. Hakarat hatov balances out how easy it is to perceive the negative in one’s life and helps a person be mindful that he doesn’t have it so bad!

Too often people are mired in self-pity or are disgruntled because they feel they are lacking what others have, or that life gave them a raw deal, and these thoughts can lead to depression, negativity, anger and jealousy.

Prayers of thanks make us focus on the reality that we do have it much better than we think we do. It helps us look at the good things we take for granted, those things we are used to having. For example, when we make a bracha on food, we are being given the opportunity to reflect that we have both the ability to eat – and the food to do so.

Usually, the only time you think about eating is when you can’t, not when you can. For example, you are having routine blood work and can’t eat until it’s done, or after dental work when you have to wait a few hours to eat. You are keenly aware that you can’t eat, but the next day, you don’t think twice about enjoying your coffee and muffin.

By making a bracha on food, you, hopefully, become mindful, if only for a few seconds, that you are eating.  Human nature is such that you lack awareness – and thus appreciation – of something or someone while you have access to him or it. Conversely, you are immediately mindful when something is no longer in your reach and often regret not “being in the moment” and aware when it was.

Prayer in the form of brachot can lead one to be appreciative and feel more positive about the state of one’s life. Yes, you may be an older single, or have children with learning disabilities, or live in the manner “you are not accustomed to” but you can hear, see, travel, and go about your business. 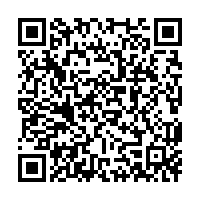