Anyone taking public transportation these days has to be familiar with the public service announcements that read, “If you see something, then say something.”  Even if you think you might be over-reacting or wrong, you are encouraged to bring your “hunch” (in this case a suspicious situation or activity) to the attention of the powers that be.

The necessity of speaking up when you “have a hunch” applies even more when it comes to shidduchim.  One little girl did just that – she said something – and I was fortunate enough to be in town for the very joyful, lively wedding that resulted from her speaking up.


It began with an action I have recommended over and over again: young married couples inviting singles and married friends to their Shabbat meals.

A cordial environment where there is a mix of marrieds and singles is a “user-friendly” way for those sharing a festive meal to get to know one another and break the ice, so to speak.  There is a lot of back and forth talk around the table, and thus there is no gnawing pressure on a quieter individual to carry on the conversation, as would be the case on a date. Each guest can enjoy the flow of ideas and information, and contribute when comfortable.  This allows the hosts and guests to glean some insight into the personality and haskafas of those seated around them.

It is a great opportunity for everyone present to think about his or her single friends and acquaintances and do some setting up. Singles have single friends – as do married couples – so no matter what your status, you can brainstorm and get the shidduch ball rolling.

And coming up with a suggestion does not have an age limit.   I have heard of nursing home residents who have set up the young ladies who visit them on Shabbat.

And there is this story with a “busybody” little niece!

To make a short story shorter – a young married couple invited a bochur from the community to share a Shabbat meal with them.   I imagine that there were other guests, but perhaps there was something about this young man, maybe his beautiful singing voice  (he serenaded his kallah at the wedding and we guests were quite impressed) that motivated a thoughtful nine-year-old to approach him and tell him that she had an aunt and he should take her out.

He listened. And now he is the little girl’s uncle!

As I write this article, a young friend of mine, who is in her late 20’s is going to be going out with the son of a friend.  Honestly, I don’t think they are each other’s zivug; they come from very different backgrounds – she is an Israeli whose North American parents made aliyah as young adults, I would describe her as dati leumi machmir, while he was raised in Toronto and is modern Orthodox.

So if I think they aren’t a match, why bother setting them up?

For two reasons.  I may think they aren’t a match, but I don’t know that.

I remember on more than one occasion a shadchan friend of mine – who had been in the “business” for years – shaking her head in wide-eyed disbelief when hearing that so and so got engaged to so and so.  “His/her parents would have slammed the phone down and never spoken to me had I suggested this shidduch. He’s chassidish… she’s modern ….  “  or “She has two masters’ degrees and was looking for a college educated boy and he’s a plumber”… or  “He wanted only a blond and she is a dark haired Sefardi…” 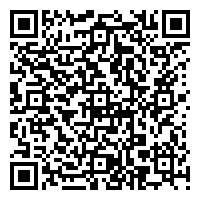