A friend and I came to the realization of how some of our “not so much” older friends were approaching a milestone birthday. How did that happen, I asked rhetorically?

My friend said something that resonated with me and no doubt with many of us. “The days go by slowly – but the years go fast.”


Individual days can be long and tedious, and often at work or school, bored individuals keep looking at their watch…and groan. Yet collectively, these “same old, same old” days accumulate and we wonder where the week, the month, the season went.

It’s been almost two months since Pesach (as I write this) and the seemingly endless marathon of cleaning, shopping, cooking, and hosting seems so far away, a fading memory – and a new Yom Tov is the focus of our thoughts: Shavuot.

Compared to the other two festivals, Sukkot and Pesach, celebrating Shavuot is a piece of cake – uh, cheese cake in particular. It is only a two day holiday, and is quite “user friendly.” No need to scour the house upside down and inside out, or schlep platters of food to a detached hut in our yard. As a child, our only exertion was to tape branches of leaves or flowers on the wall.

Very little work for a holiday that has a supremely powerful and timeless message – commitment.

On Shavout, the Jewish people collectively “married” the Torah. On Har Sinai, every man, woman and child of every tribe, said “I do” when asked if they would accept the Torah – the divinely created “how to” manual on living an ethical and meaningful life. Bnei Yisrael, became a single entity as they embraced, and in one voice, unconditionally vowed to live with Torah for eternity.

On Shavuot the Book of Ruth is read. Why is that, one might wonder. After all, why not read Megillat Esther, the story of a Persian Jewess who prevented genocide of a nation that was targeted just because it stood out, by being the only “people of the book” – followers of the Torah.

Instead we read about the drama and trauma of a female convert, a childless widow, who refused to walk away from her “marriage” to Judaism. No one could have faulted her for abandoning her Jewishness. After all, besides her mother-in-law, Naomi, a “down on her luck” widow who had lost her husband, sons and fortune, Rut had no extended connection to Yiddishkeit.

Ruth had lived her whole life in Moab, both as a single princess, and later as the wife of a Jewish aristocrat. It’s not like she converted and lived in a Jewish neighborhood and had a network of friends, with whom she had lunch, went to shiurim with and traded Yom Tov recipes. She had never set foot in the land of Israel; and had no idea what to expect on her arrival with a woman who could be perceived as someone who had abandoned her people during a famine to save herself, and seemingly was severely punished by Hashem for doing so. When Naomi returns to Bethlehem, she is almost unrecognizable by all the women who knew her well.

Yet Ruth had made a commitment – she had unconditionally accepted the Torah and all that it entails. She stayed loyal to it, despite the future hardship of poverty, and danger (Boaz had to admonish his farm hands to leave her alone because he was aware she was very vulnerable to abuse as a convert and widow) that was almost guaranteed to be her lot.

There is a timeless expression in Yiddish, “Tis schvere zu zein a Yid” – “ it is hard to be a Jew.” Even harder if you are poor and lack social status.

Ruth exemplifies true devotion and unwavering loyalty. Despite Naomi’s attempts to convince her to go back to her pampered, unrestricted life – as did her other daughter-in-law, Orpha,, Ruth stayed in her marriage to Judaism – for “better or for worse.” Divorce was not an option, no matter how challenging her future would be.

We often hear of celebrities and wealthy and powerful couples who call it quits after many years of marriage. Many claim they still love each other, but feel that they are being stifled by being married to the same person: they can no longer “grow and develop.” Ruth knew that Torah was the fount of all spiritual and emotional growth. And like the sage Hillel, who was willing to risk his life to hear Torah from the roof of a Beis Midrash, Ruth too was willing to suffer both physically and emotionally to honor her vow to be a Torah Jew.

Ruth’s unwavering loyalty is a trait all Jews should emulate. Life is full of tragedy and heartache – we are all still reeling from the horrific loss suffered by our nation on Lag B’Omer, but what came out of this terrible reality was a universal display by the families who lost loved ones, of mindboggling emunah and determination to stay fully “wedded” to Hashem.

Because of her staunch and dogged devotion and unyielding and resolute fidelity to Torah, Ruth became an eternal role model, and not only had a book named after her, which is read every year, keeping her memory alive for future generations, but she merited to be the ancestress of King David, and his eternal dynasty – and ultimately, Mashiach. 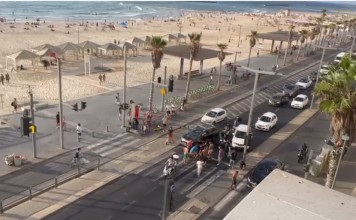 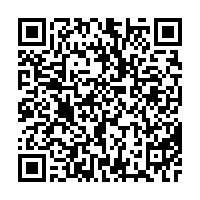