Over the centuries, the Jewish people were outstanding – as in “standing out” – because of their ahead-of-their-time practices – for example, washing hands and bathing when it was uncommon to do so. Tragically, there often were horrific consequences for being different, such as being blamed for the deadly plague that decimated Europe in the 14th century, as a smaller percentage of our population contracted the disease because of their superior hygiene.

Of special note was our rejection of child sacrifice, a form of worship that was widely practiced in ancient in a misguided belief that doing so would please and appease their gods. The Jews sacrificed divinely-mandated kosher animals instead.


Tragically, in our enlightened times, when it comes to shidduchim and setting up singles, especially those viewed as “blemished” – having baalei teshuva parents or being financially compromised, older, a mediocre learner or earner, or plain looking – we seem to willfully ignore the prohibition against child sacrifice.

In the frum community, matrimony is the ultimate goal; in the view of some, being unmarried is a fate worse than death – hence the very unfortunate practice in our community when setting young people up of “macht nish vissen” or “make like you don’t know.” In other words, pretend you have no idea. Be like the monkeys in the iconic cartoon, where one covers his eyes, one covers his ears, and one covers his mouth.

In the June 16 edition of Life Chronicles, Rachel Bluth printed a letter she had received from a very distraught, anguished young wife and mother who confides that due to a slight physical deformity, she was not set up too often. Eventually, someone suggested a man who was 11 years older “from a good family.” And seemed nice.

Shortly after the wedding, his true nature surfaced, and his fits of rage over seemingly normal actions, like her walking beside him instead of a few steps back, became evident.

At a family simcha, an aunt of her husband mentioned how “everyone was so surprised and happy when he finally got married – because of the rumors.”  The aunt told her that he had been thrown out of two yeshivas because of rumors that he had been caught “with other boys.”

I seriously doubt that a talmid would have been expelled from two yeshivas based on just rumors.  I can’t imagine that people in his community did not know what he was capable of. Yet the person who set up this hapless young lady probably justified suggesting the shidduch because the girl was “damaged” and hence desperate, so why not put two “C” list people together?  Better to marry a man with a problem than chas v’sholem be an old maid!

And who knows, the likely rationalization by those who knew this man’s history, was probably that once he’s married and has a wife, he’ll straighten out!!!

Her sad story is not an isolated one.  There are hundreds, maybe thousands of men and women in our frum communities – from modern Orthodox to yeshivish and chassidish –

who, as they say in Yiddish, “hob arein gefallen” – fell in, after being shoved into a bottomless pit of matrimonial misery by complicit hands of silence.

In our society, being married has become the be all and end all.  I have friends who never married and are very accomplished professionals, but feel like second-class citizens in their communities.  One in particular complained that despite being a professor and global lecturer, due to her expertise in her particular field, she is considered inferior to the 19-year-old high school graduate with a ring on her finger and a sheitel on her head.

In our obsession with the need to be married, parents and shadchanim – both professional and casual – are sacrificing young people on the altar of matrimony. I am aware that people are quite adept at hiding dysfunctional personality traits, like uncontrolled anger, false frumkeit, gambling, alcohol addictions or extreme stinginess, but in the case Rachel mentions, this very disturbed individual was thrown out of two yeshivas; his rabbeim, as well as his now grown up former classmates and his extended family, must have known how twisted and sick he was.

Why did no one speak up and warn this young lady?

The Torah clearly exhorts us to not to put a stumbling block in front of a blind person – meaning, don’t allow someone who is unaware or naïve to go forth and do something that will hurt or ruin him or her, physically, financially, socially etc.

Why not be open and honest about the person you are suggesting and then let the other party make an informed decision?

For example, warning signs are put up on beaches to inform would-be swimmers that there is no lifeguard on duty or that there is a dangerous undertow: Swim At Your Own Risk. When people are given the facts, they can then choose to “plunge in” or not. It’s their choice, and they are responsible for what happens to them. But if they are deliberately kept in the dark, then they become a korban, a sacrifice.

When I was in university, I took a law class and the professor explained the concept of criminal negligence. A man dug a huge pit (perhaps he had good intentions, like hoping to find a source of water) but did not put a fence, lights or warning signs around it. He returned in the morning and saw that a man had fallen in and broken his neck. That is criminal negligence. Maybe his intentions were good, but allowing such a dangerous situation to exist without warnings is deemed criminal.

So many people have been redt shidduchim with full awareness that the person being mentioned or his or her parents were toxic. Yet they weren’t upfront about these facts, nor were the “references” the family contacted.  And that negligence is criminal.

As Orthodox Jews, our lives revolve around family and community. Our kids are inculcated to believe that marriage is the ultimate achievement.  Indeed, marriage and the creating of new generations is mandated by the Torah –“go forth and multiply,” we are instructed – but we are also taught not to stand idly by while someone’s life is at great risk.

Those in the know about a lethal individual should share the information.

Willfully ignoring or minimizing serious “red flags” that point to a deeply dysfunctional personality often results in devastated, crushed men and women as well as mentally and physically traumatized children being raised in toxic homes or in stigmatized broken homes.

Child sacrifice was banned centuries ago, yet our community is saturated with those trusting but now shattered, struggling, marginalized daughters and sons bound by the cords of naiveté and stabbed with the knife of deception, all in the name of matrimony.

With the days of introspection ahead of us, we, as a community, must ask ourselves, “Do we want the blood of innocents on our hands?”

The US Is Undermining the Abraham Accords 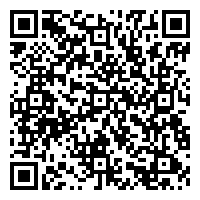