I recently had the gastric pleasure of attending the 6th annual Houston Kosher Chili Cookoff – a festive community fundraiser in Houston, Texas at which different shuls, schools and Jewish organizations come together in a delicious show of achdut and good will and compete in creating the prize-winning chili. There is entertainment for the kids including face painting, bouncy houses and getting the (human) statue to crack a smile, as well as raffle tickets for prizes and even an opportunity to donate blood. The crowd ranged from black hat and beards to bare-faced and bare-headed and women wearing sheitels, snoods, and long skirts to halter tops and pants. All joined for a day of good fun, good eating and good deeds.

While chili for the most part has basic ingredients – meat and beans – each cook used his or her cherished recipe that consisted of what he/she felt were absolutely necessary, and as I walked from booth to booth sampling the colorful incarnations, I was struck by the varied spices, vegetables and seasonings that were found in each batch.

Seeing and tasting the various chili offerings, consisting of their creator’s “must have” ingredients, made me think of a conversation between a young man and young lady, repeated to me by his mother. The young man is a 32-year-old divorced father of one who lives in galut – meaning outside of the tri-state area of New York, New Jersey and Pennsylvania. He was Skype-dating with a woman his age who has never been married. He asked his date, whose 30th birthday was just weeks away, why she had agreed to “meet” him, albeit via a computer monitor. After all, he lived in a “geographically undesirable” area and had a child. Surely there were lots of local single guys she could date. She admitted that five years earlier, she likely would have turned the suggestion down, but she wanted to get married and felt it was in her best interest to revise her shidduch “must have” list to something more in tune to her status quo.

My friend shared with me that she was impressed with this girl’s attitude. She was realistic enough to see that what may have been a required shidduch “ingredient” several years ago – a never-married guy – could be replaced with a second-time single.

This young woman had told my friend’s son that there were so many singles “out there” in their late 20’s and 30’s. They were great girls and were looking for that “winning” dish. They refused to “sample” anything less.  For that reason, most of them would not have agreed to a first date with him even though he was a good guy. Instead they hold out to find their unwavering version of the perfect “chili.”

Sometimes, a person is actually willing to go out of his or her “dating” comfort zone and approach the “chili” that is missing some of the “required “ingredients but parents, rebbeim, single friends, etc. say no, insisting that he or she not compromise or “settle.”

The tragedy is that these well-meaning parents and advisers have not considered that their son/daughter/student might no longer be viewed as an appealing “chili” themselves! The people they hope he or she hope goes out with might not even go near his or her “booth” – the interest not reciprocated or mutual.

Years ago I wrote about an acquaintance who was in her late 30’s and never married.  She still lived with her parents. I called to speak with her one night and her mother answered. After the usual pleasantries, she asked why I was calling. I told her that I had a suggestion for her daughter, a widower with a school-aged child.  I sensed in the ensuing silence that she would have slammed down the phone but was too shocked to do so. She could not believe that I would suggest someone who had been married and had kids for her daughter and nixed the shidduch outright.

Yes, her daughter was quite pretty, had a good job, and was a very pleasant person, but the mother did not realize that her daughter was not in her early 20’s and that what she wanted in a son-in-law – a 35-year-old lawyer/doctor/talmid chachum – was himself looking for a different kind of  “chili” than what her daughter presented. 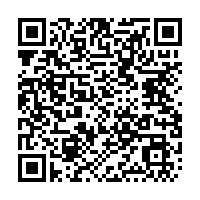