In the May 2 edition of the Magazine, I read an article written by the father of a three-year-old boy who is tragically afflicted with a rare but fatal genetic disorder. Shmuel Zundell says he remembers little of the weeks and months after hearing of his son’s dire prognosis, but writes, “What I do remember is our commitment to accept that everything that is decreed by Hashem is emes and just.”

I have to admit that I am in awe of his unwavering emunah and bitachon, and also envious because as he points out, “It makes it significantly easier to digest the ramifications of this g’zar din.”In a sample text thathe asks readers to partake in and forward, he describes what his family is facing. “Izzy’s life expectancy is only approximately five more years – years that will be fraught with continuous regression of his cognitive and physical skills, and the slow but steady breakdown of his body systems, until such time that he’s likely to succumb to this ugly disease.”


Because Mr. Zundell and his wife wholeheartedly believe, “Hashem hu HaElokim – G-d is The Judge,” they may bend from the torturous days ahead of them, but they will not break. They will absorb the plethora of emotional blows of grief, despair, anguish and misery, but remain standing.

Total acceptance of whatever evil may beset them enables people of faith to keep on functioning and even experience simcha.

I truly hope that one day, when this heartbreaking nisayon is behind them and they have healed, the Zundells will find the time, strength and the ability to explain to the klal how they retained their faith and love of Hashem despite the personal Holocaust they experienced (and that will likely be a part of their everyday lives).

There are many, many people in the community who desperately need words of chizuk;menand women who desperately want to have emunah shlemah – complete undiluted faith – but it eludes them and they are floundering.

They too are suffering greatly in their own way from major tzuris and wonder how the powerful Creator who is praised as being merciful can allow them to experience relentless torment and anguish with no end in sight. Their Yiddishkeit is shaky because of the intense physical or emotional pain that is their lot or that of those whom they love or respect. They are bitter and angry and feel abandoned by their Heavenly Father – for what loving parent would allow their child to suffer so much and for so long?

Many go about the business of living frum, observant lives, but they are only going through the motions – they are too embittered, furious and disillusioned at their Creator for allowing them to experience searing anguish with no end in sight.

They desperately want to believe that there is a reason for their difficult situation, that Hashem does love them, and “gam zu l’tova” (that ultimately this is for the good) – but they are unable to.

All they know is that they are in relentless pain – physical or emotional or both – and they see no relief any time soon.

My mother’s yahrzeit took place recently, a few days after Pesach, and quickly following it was Yom Hazikaron. Her yahrzeit and my attendance at a very moving memorial for those young men and women who prematurely lost their lives defending their country awakened a sadness and anger that is dormant – but that surfaces at times like this.

My mother had a cousin who survived Auschwitz with her. Their parents and siblings had been murdered by the Nazis or had succumbed to starvation and disease in the camps. Both were in their late teens, and my mother’s cousin, Rochel, opted to go to pre-state Israel where she married and raised two sons. In the summer of 1973, I visited Israel and spent a very restful weekend in her rural moshav away from the noise and hustle and bustle of Tel-Aviv, enjoying the tranquil, star-filled nights and the sweet country air. I enjoyed getting to know Rochel, her husband and her younger son. The oldest, David, was newlywed and studying in Europe. 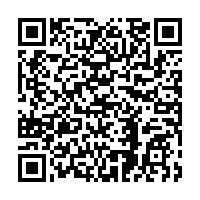