Many years ago I read an article that claimed that the act of swearing was a healthy activity, even therapeutic, because instead of bottling up feelings of frustration or anger you expelled the internal negativity or stress you were experiencing by venting via swear words.  For example, if you mutter a few choice words over the delivery of a new gadget you were looking forward to having, only to discover that it doesn’t work you may not throw a flowerpot at the wall!

So I decided to vent in this column, but not swear, about several situations and behaviors that make my blood pressure soar and has me mindfully restraining myself from doing or saying something that could be construed as a verbal assault.


I know that in the great scheme of things, these irritants are minor, but they do tend to add up. You know, a few snowflakes are pretty and not a problem, yet when they accumulate, they can be quite annoying, and even dangerous.

Number one on my list is what I call subway blockers. For those who have cars, and don’t use the subway, that would be the equivalent of someone nonchalantly occupying two parking spots in a very crowded parking lot or street.

But since many readers of Olam Yehudi live in New York, and may take a train or subway, or commute by rail on a regular basis, I will focus on the subway blockers.  Blockers are people who step into the train and abruptly stop, preoccupied with looking to the right and left for the seat that is best suited for them – even though all the seats are the same, and any empty row of seats will be filled within a stop or two.

While they are internally debating where best to park themselves, there are people behind them anxiously trying to get in before the train doors shut. For some unfathomable reason, conductors shut the doors even though there are people who obviously want to enter.  They must assume these commuters are not up close to the doors because the engineering process behind electric doors opening and closing fascinates them! Many times I have barely gotten in to a car in one piece. When that happens, I have been tempted to push the thoughtless blocker out of the way, but I am a bit claustrophobic and would not enjoy jail, even though the officer would make sure I was safely inside before shutting the door.

Often the blockers have huge backpacks or shopping bags that prevent people from entering the train.  Why can’t these “blockheads” take a few steps deeper into the train and then decide where to sit? The answer is obvious: a blatant lack of derech eretz, toxic thoughtfulness.

Another subway behavior that is maddening has to do with the escalator. Just as on the highway there is a designated slower lane and a passing lane – when going on the escalator or stairs, the righter side is for what I call the “breathing statues.” They stand motionless on the moving stair as it slowly takes them to the train or to the street.  The other side is for people who really want to get to where they need to go sooner rather than later and are anxious to get to the train platform. Except the “statues” have planted themselves in the “passing lane,” and so those who are in a hurry or who want to burn a few calories by actually walking up or down the escalator can only seethe in frustration as the escalator meanders along – and the train pulls out of the station as they reach the platform.

And, of course, the next train is delayed by several minutes due to mechanical problems or a passenger’s medical emergency. Not pleasant when you are sweltering in a non-air-conditioned station or freezing in an open one.

At least when you are in a car, “snailing” along the highway, hoping your bladder will not collapse before you get to the bathroom because the passing lane is being blocked by a clueless driver who is oblivious to the fact that he/she may actually be driving below the speed limit and is obstructing traffic – you can control the temperature.

Pedestrian traffic jams are not limited to escalators. They also occur in shuls, simcha halls, and anywhere you have dozens of people who are headed in the same direction. Usually people schmoozing once they get off the steps causes the jam. Instead of moving further into the hallway or the foyer, they park themselves just inches past the bottom step, thereby preventing those behind them from moving. So engrossed are the perpetrators – “landing blockers” – in their conversations that they are oblivious to the backup they are causing.

Why not move a few feet forward and allow the mother, anxious to find her kids, to get off the stairs, or the hostess who needs to get home before the invited guests show up pass? Blocking the landing is dangerous, and the high density of people in such a small place as the stairway can lead to fainting or tripping.

And then there are the buffet/kiddush blockers, gabbing or eating over the food table, unmoving, except for their mouths and their hands, preventing others from getting to the food while it’s still hot. No need to describe how infuriating their behavior is!

There are plenty of other aggravating behaviors that I could write about, but “blocking” – albeit unintentional – seems to be a common one and one I think most readers can relate to.

As I said, in the scheme of things, blocking and moving like a snail are quite negligible, but it reflects a lack of mindfulness, one that is caused by self-centeredness.  People tend to be absorbed by what “works” for them, rather than opening their eyes and their minds and seeing how what they do or don’t do affects the people around them.  That’s how we humans are wired and that is why the Torah, according to the sage Hillel, is all about treating people the way you want to be treated; about getting into the habit of thinking about others; about being considerate in the true meaning of the word, by “considering” the needs of other people and adjusting your actions to benefit them. Derech eretz should become second nature so that you automatically behave or act in a matter that “works” for the other people sharing your space and your journey.

Now that I vented, I feel better, even somewhat lighter, and will mosey down to a local restaurant to meet a friend for lunch. She said noon, but if I get there at 12:20, I will only have to wait 15 minutes instead of 35. She is chronically late – it is quite possible she will be the last one to arrive at her funeral (when she hits 120).  But she is a kind, generous person, so no need to vent since I can accommodate her tardiness by arriving late myself.  Where is a subway blocker when you need one? 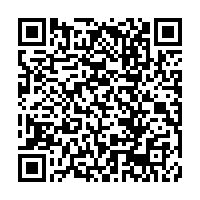