Because I have cancer of the bone marrow, my treatment required “nuking” my immune system via a powerful dose of chemo. After a “reboot,” using my own stem cells that had been removed, frozen and later re-infused, I needed to get vaccinated all over again. It was explained to me that I was like a newborn (unfortunately, my face stayed upper middle-aged).

Consequently, I’ve been following the controversy regarding inoculating children with the various vaccines that pediatricians have been recommending for decades, targeting diseases like whooping cough, polio, diphtheria, measles, mumps and rubella.

While I did get the first three mentioned above, since they are made from dead viruses, I had to find out if I had immunity from measles, which is highly contagious and potentially lethal. I was planning a trip to Israel and tragically, there has been an outbreak of this life threatening illness in several heimishe communities.

The measles vaccination is created from a live weakened virus, and a year has to pass from my stem cell transplant before my immune system can risk it.

I did have measles as a child, several years before the vaccination was developed. To my immense relief, a test called a titer revealed antibodies created from exposure from that long ago illness. Miraculously, these antibodies had survived, despite being zapped by the chemo. I could risk traveling.

Thus I am looking at this vexing issue both as a cancer patient and someone who has no pain relief medications or any over the counter meds at home. I avoid taking pills as much as possible. I even declined my oncologist’s suggestion that I take “baby” aspirin, which acts as a blood thinner, even though I take a cancer-fighting pill that can cause blood clots – I walk and exercise instead. A few weeks ago, during a bout with salmonella poisoning, I opted to let nature take its course instead of taking antibiotics.

Recently, I met with a cardiologist specializing in abnormal heart rhythms and we agreed that when dealing with invasive treatments like surgery or toxic medications, both the physician and patient face a dilemma. In the quest for relief or a cure, the challenge is to determine what course of action is the lesser of two evils, for every choice comes with potentially life damaging risks.

You might wonder why I, a cancer patient was being seen by a cardiologist? Months earlier, minutes before my stem cell transplant, I had been given a cocktail of medications and my blood pressure plummeted and I blacked out. The nurse practitioner frantically tried to find a pulse and was going to call a code blue, but I woke up, unaware of the tense drama that I was the main character of. Later, when things calmed down, I was asked why I thought I had passed out. I flatly and without hesitation told them that they had overdosed me, as my body wasn’t used to a candy bowl of pills like Benadryl (given to avoid a potential allergic reaction to the preservatives used to store the stem cells until needed), painkillers and whatever else was in the cup they handed me.

My point is I am not a fan of medications – oral or injected.  Nonetheless, I do believe in vaccines, and while some children may have had adverse reactions to them, in terms of the lesser of two evils, vaccinations are by far the better choice, as there is a proven track record that they save lives.

Look around you. So many children were vaccinated and are alive and well. The sheer number of kids who “survived” their shots are a reassuring indicator that vaccinations are safe and life saving.

I once asked my kids’ pediatrician if he had ever seen a child with whooping cough. His normally cheerful face grew dark and he said he had, and shook his head and grimaced. Obviously, the child had not been in good shape.

In the realm of medical care, you have to weigh the risks and benefits and make an informed choice over what is less injurious, since every test, procedure, and medication has its pros and cons.

One possible, horrific complication of young men getting the mumps is the inability to father children. That little fact would not look good on a shidduch resume.

I wish the zeal being put into getting the vax/no vax message would be focused on cigarette smoking. I see both yeshiva bochrim and young married men (perhaps girls and women are more discreet and less public about their tobacco habit and smoke indoors) puffing away and am greatly disturbed that a ban hasn’t been launched by the gedolim prohibiting this life-threatening habit.

Like measles, smoking can greatly harm others; its carcinogenic chemicals can cause cancer, lung damage and heart disease to those exposed to what is called second-hand smoke. There is even a phenomenon called third-hand smoke, where it’s dangerous to be exposed to lingering fumes even if no one is smoking in the room.

I often gave a ride to my son’s classmate and would have to open my car window because his jacket reeked from smoke that had been absorbed from his exposure to his chain-smoking mother’s cigarettes. Otherwise, I would cough and choke. When on the bus or subway, where smoking is prohibited, I have had to change seats because of the stench emanating from people’s clothing.

I understand that once someone starts smoking, it is very difficult to stop. Many adults are sadly addicted. But perhaps there can be an issur to prevent teenagers from putting that first cigarette in their mouth, to make it a Torah prohibition. After all, we are mandated to very much watch over our lives.

I remember when my niece told a shadchan that she would not go out with a smoker. To her surprise, the shadchan berated her, insisting that these young men were under stress and had few outlets, so why begrudge them this one available outlet.

There is a simple solution to reduce stress that actually would enhance rather than undermine the boys’ life expectancy and physical wellbeing: an hour of recess, of sports or exercise, every few hours during a long day at school or yeshiva or kollel.

There is an unfortunate attitude that sports are bitul Torah. That the time spent jogging, going on a hike, playing basketball, or soccer takes away from the more important pursuit of learning. Actually, exercise of any kind clears the mind for learning; and with better physical, mental and emotional health that possibly can extend one’s life, there will be more years of learning and performing mitzvot. And hopefully postponing by decades, the necessity of deciding what medical interventions are the lesser of two evils. 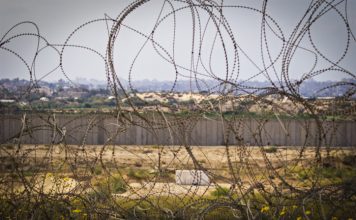 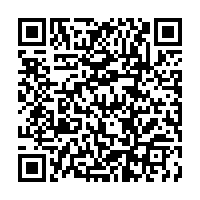