In the January 13 edition of The Jewish Press, there was a thought-provoking op-ed by writer Sarah Pachter titled “Delayed Gratification Makes Us Happier.”  In it, Pachter mentions how several of her friends are upset by their children’s demand for more (my guess would be for more toys, clothing, and electronics), which is the by-product (or buy-product) of a huge sense of entitlement.

The writer turned to her mother for advice on how she could teach her young kids to be appreciative and content with what they had.

Pachter’s mother offered two suggestions. One was to have kids earn money which they could then use to buy what they had their heart set on obtaining.  She felt that doing so would foster a sense of pride and accomplishment in them.

And then she discussed another point, the one I am going to focus on: delayed gratification.

Pachter writes that studies show that the longer one waits for something, the longer one enjoys what one was waiting for – which leads to one being more appreciative and happier. In her essay, she mentions a well-known study that was conducted decades ago at Stanford University in which young children were offered a marshmallow and told that if they refrained from eating it for five minutes they would get another one. Those who ate theirs before five minutes passed would not receive a second one.

As the kids grew up and lived their lives, the researchers noted that those who had waited, those who had delayed their gratification, who had had the self-discipline to restrain themselves, went on to enjoy longer marriages, greater financial stability and fewer incidents of depression compared to their peers who devoured their marshmallow right away.

The inevitable conclusion of the study was that holding back, delaying gratification, leads to a more stable and positive life. Isn’t that what Torah promotes, fosters and inculcates in us?

In my last column, I mentioned chukim – mitzvot that don’t have any apparent rationale. For example, how to explain the prohibition against eating certain animals and seafood? Millions of people eat them. Why can’t we? Those who eat ham, lobster and squid don’t keel over or have any adverse health problems.

And why can’t we eat ice cream for dessert after a hamburger or hotdog? Why must we, as well as our children, wait several hours before doing so?

On the surface, these Biblical restrictions don’t make sense. But in the context of the real benefit of delayed gratification, they make a great deal of sense and we can value this mitzvah of restraint as a gift and bracha from Hashem. In that earlier column, I pointed out that the Torah is the ultimate blueprint on how to live a productive, ethical and meaningful life.  As the “marshmallow” study proves, self-restraint, self-discipline, and not giving into natural impulses are huge components of living a physically, mentally, spiritually, and even a financially healthy life.

Postponing doing or eating what you want when you want it teaches and re-enforces self-control, patience and tolerance. Ultimately, this delaying leads to emunah and bitachon – faith that an unwanted status quo in one’s life has a purpose and may be for one’s own benefit.

No doubt the very young children who waited to eat their marshmallow may have initially resented having to postpone their pleasure – but after what seemed to them a very, very, very long time, they were rewarded for “hanging in there” and experienced double the pleasure.

And most importantly, they learned a life-enhancing lesson: not only is there light at the end of the tunnel, the tunnel does eventually end. The wait for what they are relishing to have will be over and they will attain what they so anxiously wanted.

The older single who is waiting his or her turn to be walked to the chuppah; the childless couple dreaming of a child to love; and the young couple yearning for the financial means to move out of their cramped quarters to a roomier place may have their resolve and optimism shored up by a Torah life-style that is all about patience and tolerance as they wait to finally enjoy their “marshmallow.”

A benefit of delayed gratification is that there is a magnified appreciation and enjoyment when you finally attain what you want so badly. Someone who is on a diet for several months and finally allows herself a chocolate truffle derives more pleasure from it than if she ate it more often.

I remember a scene from a popular series, Downton Abbey. It was set in the early 20th century England and revolved around an English aristocratic family and their servants. The Dowager countess is puzzled by a new word that came up in a discussion about labor reforms. This woman, who never worked a day in her life and had a maid help her dress and groom and a cook and kitchen staff to take care of the food, innocently asks, “What is a ‘weekend?’” Getting two days off from work was something she could not enjoy because, for her, every day was a weekend!

When people keep kosher, or scrupulously follow the laws of family purity, when they refrain from food and water on fast days, their delight when they get a “green light” is enhanced.

Our pleasure is also magnified when we utter a bracha – which is Torah-mandated. Pausing for a few seconds and again delaying gratification to express a “thank you” to our Creator – the provider of our food/clothing/etc. – makes us aware of the enjoyment awaiting us.  Mindfulness of our day-to-day seemingly mundane activities increases our appreciation for them and consequently our feeling that life is good and that we are blessed.

Every restriction, every delay that we are commanded to accept is for our collective benefit, as it guides us towards the primary goal Hashem has set for us: to live our lives b’simcha, in joy.  Refraining from doing what we want when we want actually boosts our self-esteem, our sense of accomplishment, and our sense that we matter – crucial ingredients for happiness.

When a toddler, for example, decides to try to eat with a fork, he delays his gratification. It would be so much easier for him to use his fingers to eat – it certainly would be faster, and he could assuage his hunger sooner. But he attains great pride (though most of his meal is on the floor) by challenging himself and mastering the technique.

Ditto for the student who forgoes a party all his friends are at so he can study. He gives up a pleasurable activity but attains a sweet sense of achievement when he does well. Both the baby and the student have attained growth and personal satisfaction by “postponing” their “marshmallow.”  Self-restraint usually produces positive outcomes that in turn build self-esteem and a belief in one’s ability to make sound decisions. These people feel competent to take on life’s many challenges.

Sadly, many people pass over responsibility for their life because, on an unconscious level, they have no belief in their ability to make good choices. They cede control to others, often a spouse or parent, business partner or religious figure who might have his/her own agenda that is not in the other person’s best interest.

The Torah and its laws train us to exercise self-control and patience and to delay gratification, practices that can immunize us against the destructive diseases of self-doubt, deep insecurity, gross immaturity and their grave pitfalls. 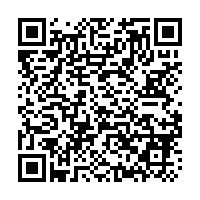