Home Sections Magazine Parshat Lech Lecha
Share on Facebook
Tweet on Twitter
“You’re going to give four years of your life to the country and this job. When you leave, what do you want them to say about your time here?” This was the question outgoing Chief of Naval Operations, Admiral Vern Clark asked his colleague, incoming Chairman of the Joint Chiefs of Staff General Peter Pace, in 2005. (State of Denial, by Bob Woodward; Simon and Schuster, New York, 2006; p.404.)
In essence, Clark was telling Pace to set for himself a goal. As Pace recalled in an interview, the question was: “When you leave, what do you want them to say about your time here” (p.405). Although a major part of being the senior military officer in the country is managing the day-to-day business of the armed services, every chairman wants to leave his mark on the position.
Together, Clark and Pace reviewed the tenures of several chairmen and were hard pressed to come up with long-lasting accomplishments. Even successful chairmen such as Colin Powell and Hugh Shelton left limited legacies. Some left nothing. Taking over in the middle of the Iraq occupation in a subordinate capacity to a controversial secretary of defense was no easy task. Clark was cautioning his friend to be careful. His suggestion to Pace was to focus on reasserting the authority of the position, which Rumsfeld had undermined over the past five years.
Every person who assumes a leadership position wants to make a difference. While a good part of the position is taken up with day-to-day management and urgent issues, every leader must have a vision for his organization to strive for under his guiding hand. As we see from the above discussion between two people at the top of their respective pyramids, it’s not so easy. While many leaders enter office with a long list of goals that, if implemented, will leave a permanent mark on the organization, most people are lucky if they successfully accomplish even a single, long-term goal.
This reality helps us understand what an amazing leader Avraham was. When we meet Avraham at the beginning of this week’s parsha he is first starting out on the world stage. And yet, according to our tradition, he had already accomplished two things that would change the world.
The Torah states (Bereishit 12:5): “And Avram took Sarai his wife and Lot his nephew and all their wealth that they acquired and the souls they made in Charan and they left and went to the land Canaan and they arrived to the land of Canaan.” Commenting on the words, “and the souls they made in Charan,” Rashi explains that these souls were the people that Avram and Sarai converted to monotheism.
The Rambam in Hilchot Avodat Kochavim (1:3) describes how Avraham argued with his neighbors and ultimately convinced them of the futility of worshiping idols and the importance of worshiping G-d. All along his journey to Canaan he taught this message and accepted thousands of people into his camp. Although it would be many years until monotheism became firmly established in the world, Avraham is credited with introducing the concept and paving the way for its ultimate dominance.
A second part of Avraham’s legacy was total commitment to the land of Israel. Rav Chaim Volozhiner in his commentary to Pirkei Avot, Ruach HaChaim (5:3) posits that Avraham bequeathed to Jews of all time the ability to be moser nefesh, (self-sacrifice) for the land of Israel.
As the Torah continues to relate Avraham’s travails and accomplishments, we see further examples of his lasting legacy. But suffice it to say that Avraham, by maintaining a clear vision of what he wanted to accomplish, achieved spectacular results despite the many obstacles he had to overcome. All leaders should follow his example and pursue a vision that when implemented, will make a difference and make one’s organization better as a result. It need not be earth shattering. The key is that it must be long-term and productive.
Recently I asked a former student who served as editor of his yearbook if he felt that he and his fellow editors had done anything that would leave a lasting impact for future editors. After thinking for a few minutes he told me that they made a major effort to get in all the ad money as close to the deadline as possible. By involving a broad range of student representatives they succeeded. The standard had been set for all future yearbook staffs. His group had shown that it can be done and that there are obvious advantages to doing so.
None of us will ever face the challenges of Avraham, and most of us will never face the crises of commanding generals, but all of us, at one time or another, will be in a position to leave our mark. The question we have to answer is will we rise to the occasion or will we ignore our destiny and allow our legacies to become another one of the many “what ifs” of history. 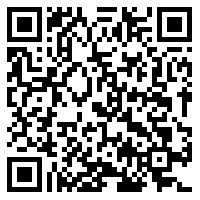