Welcome once again to “You’re Asking Me?” where we answer any and all questions sent in by readers. It’s a lot like all the other “ask the expert” columns, except that, whereas the other experts are interested in giving you a well-researched answer, our interest is more in meeting our deadlines so we can get back to looking for our car keys. Most of the time, we tackle advice questions, but once in a while we have to take a break from those, because of the lawsuits.


Why do garbage trucks always come in the wee hours of the morning?

They want to beat traffic.

I don’t know how it helps, though. It’s not like they don’t stop in front of every house anyway.

Actually, it depends what you call “wee.” To me, the “wee hours of the morning” is anytime before noon. I think they like seeing you run out with your shirt half buttoned and one shoe on, screaming “Wait!” and holding a full, dripping garbage bag over your head, like they’re not coming again in three days. This is why they always make enough noise to wake you up.

For years, I always assumed that garbage trucks went around all day, and that they just passed my house early in the morning. But so far I’ve lived in several different places, and wherever I’ve lived, they somehow managed to get there between the hours of 5 and 8 in the morning. So I’m beginning to think those are the only hours that they work. I guess they know that if they did it during the day, people would be chasing them down the block half dressed all day long, and it would take them forever to get anywhere.

Another reason they take garbage early in the morning is that in total, it amounts to less garbage for them to take, because:

A. Chances are you’ll forget to bring out the garbage the night before, and

B. If you do remember, the garbage will sit out on the curb all night, and the longer it sits there, the more chance there is that people will drive by and say things like, “Hey, a broken toaster! I can use one of those!”

Why do there seem to be more Hatzolah calls on Shabbos?

Obviously, it’s because you’re in charge of your own kids. And by “in charge,” we mean letting them watch themselves while you take a nap. When do you suppose they came up with that contest to see who could jump off a higher step? There is only one way that game ends. Unless there’s an adult sleeping in the basement.

Another reason more people call Hatzolah is that Hatzolah members are more up-to-date on what you can and can’t do on Shabbos. For example, let’s say your kid is hurt – would you be able to drive him to the hospital? Or do you have to make him drive himself? Hatzolah knows these answers. My heart actually goes out to the people who live where there is no Hatzolah, and are never sure what they’re allowed to tell the non-Jewish ambulance drivers straight out, and what they have to hint to them.

“So you want us to take him to the hospital?”

“Okay, I think the father is going into shock. Load him in as well.”

Why do things never work out when you try to show someone something?

I blame their negative energy, and the look on their face that says, “Really? This guy dragged me away from what I was doing for this?” And it never helps that he starts off with, “Okay, but this better be quick.”

This also happens when you’re trying to show someone something cute that you just discovered your kid can do. Your kid doesn’t want to perform for this guy. It’s usually something mundane that you would never make a big deal about if a bigger person did it, and the kid knows that. He’s thinking, “I didn’t learn to walk so I could perform. I learned to walk so I could stop dragging lollies across the carpet. I never would have shown you if I knew you were going to sell tickets.” 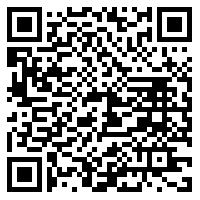