No matter how big your kitchen is, chances are you still find yourself short of space in what is certainly the busiest room of the house. In addition to having two sets of pots, pans, dishes and cutlery, there are all the assorted gadgets and appliances that we rely on as we wave our magic wands and create culinary miracles on a daily basis. While some, like food processors, mixers and toasters, are kitchen essentials, there are plenty of other less frequently used contenders vying for coveted kitchen real estate space. As someone who can’t stand clutter, I am a firm believer that less is more, but a few newcomers to my kitchen have fast become family favorites and have upped the fun factor of my cooking adventures.

First up, my new Ninja blender. I have been using a basic blender for eons and it has served me pretty well, as long as I stick to the basics, like making smoothies and pureeing mixtures that tend towards the watery side. Blending anything thicker side is generally problematic and more often than not, I wind up dumping everything into a bowl and mixing it by hand. So when my blender broke after an unfortunate incident involving a whole frozen kiwi, I took it as a sign from Above that it was time to upgrade and got my hands on a Nutri Ninja Ninja Blender Duo.

It isn’t even fair to compare my old 450 watt blender with the 48-ounce jar to my new 1500-watt Ninja with its capacious 72-ounce container. The Ninja has such a powerful motor that the base actually suctions to the counter to make sure it stays put while in action and I have no doubt that the Ninja could probably eat my old blender for breakfast. Instead of having a single set of blades set at the bottom of the jar, the Ninja has three sets of blades stacked one on top of the other, maximizing blending throughout the pitcher and making short work of items that my old blender would have choked on. Three different sized Nutri Ninja cups screw onto to a separate base assembly and do great work on smaller jobs so you can blend a smoothie, pop on a “sip and seal” lid, and take it with you.

More than just an oversized smoothie maker, this blender can turn out salsa, chumus, chopped salad and gazpacho and a quick start booklet has recipes for chicken and apple sausage patties and cauliflower couscous. What I find fascinating is that the Ninja can be used for sinfully decadent milkshakes or nutrient-filled smoothies loaded with greens, fruits and other fun stuff, so whether you are looking to really indulge or to put together some truly healthful items, the Ninja has got your back. Suffice it to say that it was a happy day in Ellerville when the Ninja first arrived and, having had a few weeks to bond with it, I am never going back to a bare bones, entry-level blender ever again.

Another small kitchen appliance that I just had to try is the bizarrely named Yonanas, a dessert maker that turns frozen fruit into a soft serve dessert. What really appealed to me was that it actually recommended using fruits that are starting to go soft, or, in the case of bananas, getting brown and spotty. Raised in a household where produce never went to waste no matter how overripe it was, the idea of finding constructive uses for fruit past its prime really appealed to me. And as I am not a fan of banana-flavored anything, finding out that Yonanas could make totally banana-free desserts was a major plus.

How does Yonanas actually work? You freeze whatever fruits you want to use, let them thaw just a little and then feed them into the machine, whose rotating blades give them a creamy consistency, just like soft serve ice cream. Like the aforementioned ice cream, Yonanas is great straight out of the machine, but any leftovers will turn rock hard if you stick them into the freezer for later consumption. Of course, that assumes that you have extras, which isn’t all that likely considering how good this stuff turns out. (What to do if you do have any leftovers? Freeze them in ice cube trays and use them in future smoothies or Yonana-ing efforts!)

Yonanas comes with a booklet featuring 44 simple and easy-to-make recipes. Some are straight fruit, including perfectly peach, key lime, tropical sorbet and blueberry pomegranate, while others feature fun add ins like chocolate, sandwich cookies and frozen wine cubes. The company’s website, www.yonanas.com, has quite a few other recipes and it’s hard not to be intrigued by flavors like avocado mango, strawberry dragonfruit, rocky road and carrot cake, which features coconut milk, candied ginger, baby food carrots and cardamom.

There are two important things to remember about Yonanas. This machine is meant to be used for desserts that are going to be eaten immediately, making it great for a spontaneous frozen snack or dessert. Also, any fruit going into the machine has to be slightly thawed to get the right consistency and it may take a little bit of experimenting to figure out just how much to defrost your fruit. With that in mind, this is a fun machine that can transform produce that has seen better days into a fabulous frozen fruit-filled treat. What could be better than that?

One of the funnest new trends to hit the food world in recent years is spiralizing, transforming all sorts of vegetables into long, twisty strands that can be dressed up any way you want or even served as faux carb-free noodles. There are two different types of gadgets that will turn your veggies into long, twirly corkscrews: a larger, hand cranked, countertop model that accommodates a large variety of vegetables in assorted shapes and a smaller handheld gadget that looks like an overgrown pencil sharpener, where you stick your produce in and turn, turn, turn. Given my aforementioned aversion to kitchen clutter, I went with the latter, deciding on the Gefu Spirelli.

Find yourself some long, thin potatoes or sweet potatoes and the curly fries of your dreams are just a few twists away and it doesn’t take more than a minute or two to turn a medium-sized zucchini into gorgeous ribbons that are so long you might want to give a cut every few rotations so that they don’t become unmanageable. Whether you are using your spirals as a veggie noodle substitute, cooking them up as a side dish, or using them as a garnish, the Spirelli puts a decorative spin on zucchini, carrots, parsnips, cucumbers or any other long, firm vegetable that will fit into its conical opening. Best of all, with spiralizers becoming everyone’s favorite new kitchen tool, a quick Google search will land you endless ideas for spirally goodness.

Okay, everybody back to the kitchen, grab some of those amazing seasonal fruits and vegetables, and cook up some fabulous and healthy summer fun! 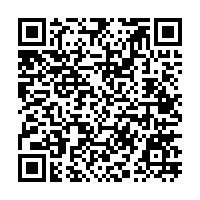