Would you be surprised to learn that one of Hillary Clinton’s private foundations donated a huge sum of money – more than it gave to any other charity – to a New York Times charity in 2008?

That was the year Hillary was seeking the Democratic nomination to run for president. It was also the same year that the New York Times endorsed Hillary Clinton over Barack Obama.


Maybe that doesn’t surprise you, but would it change how you thought about that donation if you were to learn that since that one big donation in 2008, Hillary’s foundation never again donated to the NYT’s Neediest Cases fund?

The paper’s Neediest Cases fund was started in 1911 by then-owner of the New York Times, Adolph S. Ochs, in order to provide financial assistance to needy New Yorkers by publicizing their plights. The fund has distributed more than $275 million since it was established.

Alana Goodman did some investigative work in the Clinton Family Foundation’s tax records and wrote in the Washington Free Beacon about the oddly sized and timed 2008 donation to the New York Times charitable fund.

From Goodman we learn that the Times’ Neediest Cases Fund is run by members of the New York Times Company’s board of directors and senior executives. We also learn that early in 2008 there were reports that “the Times board had leaned toward endorsing Obama, but was overruled by then-chairman and publisher Arthur Sulzberger Jr., whose family controlled the paper. Sulzberger’s cousins and Times Company directors, Lynn Dolnick and Michael Golden, chaired the New York Times Neediest Cases Fund in 2008.”

All of this may be simply coincidence, of course.

Two other facts, however, push the incredulity factor.

First, the Clinton Family Foundation’s $100,000 donation to the NYT charity was much larger than the size it gave to other charities, which ranged between $2,000 and $25,000 that same year. The CFF does make much larger donations, but they go to the Bill, Hillary and Chelsea Clinton Foundation, according to Goodman.

And the second factor is that since the 2008 donation, the CFF has not made another donation to the NYT charity fund. 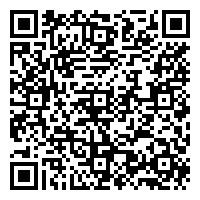