How does an American Jew go about finding the Ukrainian non-Jew who, 65 years ago, saved his mother’s life by hiding her in his hayloft for three years?

For Ethan Schaff, a lawyer from Massachusetts, it was like looking for a human needle in the haystack of Eastern Europe.

In the end, after three and a half long years, Schaff succeeded in finding not the man who saved his mother – he had died in 1963 – but rather his last surviving child, Janina.

Ethan will be flying her and her son to Israel this December for an official ceremony at Yad Vashem posthumously recognizing her father, Voitek Woloshtuk, as Righteous Among the Nations – the title awarded by Yad Vashem to non-Jews who risked their lives to save Jews during the Holocaust.

* * * * *
Ethan’s mother was born Feige Bader in the town of Kosov – famous for being home to the Baal Shem Tov for seven years, and for the founding of the Kosover chassidic dynasty there. The youngest of ten children, she was the only one of them who survived the Holocaust – after spending three years of her childhood, from age 6 to 9, hiding in a narrow hayloft in the Woloshtuk home.

Together with little Feige, Woloshtuk also hid her older brother, his wife, and their two children. He did so at great danger to his life, as there was intense competition between local Ukrainians and Poles as to who could deliver more Jews to the Nazi Gestapo – when they were not murdering Jews themselves.

Food was in short supply during those war-torn years, and Woloshtuk, too, was having trouble keeping “his” Jews from starving. One night in 1944, toward the end of the German occupation in the area, Feige’s brother Nissan actually snuck down from the attic and left the house to rummage through garbage cans for food for his family. As detailed in the next day’s Nazi newspaper, he was found and handed over to the Gestapo, who tortured him for information on his family’s hiding place.

He divulged nothing, and they beat him to death.

Later, after the Germans fled the advancing Russians, Feige’s sister-in-law and her children also left for what they hoped was freedom – but were axed to death by Ukrainians.

“My mother was with them,” Ethan recounts, but with her legs having atrophied from her three years in the hayloft, “she couldn’t walk any longer, and fell into a ditch, which probably saved her life.”

A non-Jew picked her up and brought her to a hospital.

Unbeknownst to her, several Jews passing by later saw the victims, recognized them as the family of Nissan Bader, and remembered the incident in the Holocaust testimony they were to give decades later. This helped Ethan piece together what happened and find the man who hid and saved his mother.

* * * * *
Schaff’s mission to show proper gratitude to the man to whom he owes his existence began when he read The Lost: In Search of Six of Six Million. The book describes the author’s search for his own Nazi-victimized ancestors in Europe. Eventually, Schaff met the writer, Daniel Mendelsohn, who referred him to a Ukrainian guide who would help him make his way through Europe and through the history of World War II.

In 2009, Schaff and his mother Feige, now Frances Bader Schaff, set off for Europe. They began in Krakow, where she had spent some years in an orphanage after the war. They then traveled eastward to her hometown of Kosov, and found many places Frances remembered. The house in which she had been hidden was not among them, however; they later learned it was no longer standing.

They did find her brother Chaim’s house, in which a Ukrainian family now lives. Ethan knocked on the door, pointed to the mezuzah niche, and the occupants immediately understood what they wanted and let them in.

“As we entered,” Ethan said, “my mom recognized it immediately. She said, ‘There’ll be a Singer sewing machine in the corner in the next room’ – and there it was as we entered.”

In Kuty, the next town over, they met the only Jew living there, Alik Latashev, who they said was very helpful to them in many ways. Ethan later returned the favor by helping Alik and his family immigrate to the United States.

But the Schaffs still had not found their rescuer. Ethan’s goal was to have him recognized by Yad Vashem, “but I knew that without proof, no one would believe me. I had to find him, or what was left of his family.”

The first piece of written evidence he found was the book The Forest, My Friend, by Donia Rozen, who turned out to be a relative of Mrs. Schaff who had lived just one town away from Kosov. (She herself was saved by a Righteous Gentile, 65-year-old Olena Hyrhoryshyn.)

Rozen worked at Yad Vashem, where Ethan tried to contact her – only to learn++ with great frustration that she had died just two weeks before.

Voitek (Wojciech) Woloshtuk (front left, along with his mother);
his last surviving child, Janina, is in the back row.

He then found a book by an uncle/nephew pair of survivors from the Kosov area, Yehoshua and Danek Gertner, titled Home is No More. Right there, on page146, the book states: “One night, they [the Soviets] caught Nisan Beder [Feige’s brother] and turned him over to the Gestapo.”

It also states, two sentences earlier, that two Kosov Jews were hidden by a local farmer – which Voitek was.

“So I knew I had the kernel of something,” Ethan recalls.

After more months of research, Ethan found Joseph West of Australia – the author of a monograph on Kosov in which he describes a unique sight: a non-Jew named Woloszczuk crying on his front lawn as the Jews were marched into the center of Kosov to be slaughtered.

Next to be “caught” in Schaff’s net, with the help of his friend Seth Greenfield from Raanana, was Gidon Englar of Rehovot, Israel. A child of 6 when he survived the carnage of Kosov, Englar fled eastward toward the Russians and away from the murderous Ukrainians. He later described this in Yad Vashem’s Book of Kosov in the following crucial paragraph:

“About 5 km before Kuty, we saw a terrible scene: a mother and her two children murdered by axes, lying by the roadside and peasants standing nearby and laughing at us. My father [Baruch, mentioned more than once in the Gertners’ book] immediately recognized them as the wife and children of Nissan Bader [Feige’s brother].”

The Englars then continued on toward a Russian patrol that rescued them; they arrived in Israel in 1946.

Next, Schaff received an all-important e-mail from Alik Latashev with information that led to the completion of the puzzle. As Ethan recalls, the e-mail “told me the road where Voitek lived and where my mother was hidden, and listed Voitek’s five children – two of whose names matched my mother’s memory. Alik also confirmed that Voitek was the farmer in Danek Gertner’s book.”

* * * * *
Armed with all this information, Schaff wrote to Yad Vashem, whose Righteous Gentiles committee agreed that Voitek Woloshtuk was worthy of being honored by the State of Israel. On Dec. 21, his name will thus join the nearly 24,000 other heroes who endangered their lives to save Jews during the Holocaust.

(Only those who saved Jews with no financial or religious gain – such as for the sake of converting them to Christianity – are recognized as Righteous Among the Nations.)

Ethan and Frances/Feige Schaff will be joined by Ethan’s wife, Beth, and their son Shimon at the December ceremony. One can only imagine their thoughts at being able to stand on Jewish soil and express their appreciation to a man and his family whose humanity and courage gave them life.

And one can well understand his loved ones’ admiration for Ethan, whose tenacious desire to express his thanks is what brought the two families together once again. 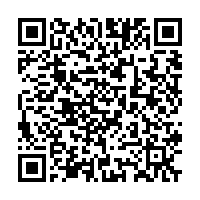