What’s the difference between an X-ray and an MRI? I need to make a quick decision here.

Boy did you ask the right person. My back went out recently, which sounds a lot cooler than it is, because on the surface, it’s good to go out once in a while. It got Chinese, it went bowling, it had a nice time. It’s probably going to go out again. The problem is that it went out without me. It didn’t leave me with a sitter. In fact, I could barely sit. Or stand. Though sitting hurt more. The only comfortable position for me was lying face down with one of my kids sitting on my back in just the right spot. Fortunately, all of my kids constantly wanted to do this, which means they’d get up there and have shoving matches, with their shoes digging into me, while I lay face down and swung my arms around and yelled into the ground for them to stop.

How do you treat an outgoing back? The back is complicated, and people never know what to tell you. Some say to use a heating pad, and others an ice pack. One person said I should alternate hot and cold. In other words, he doesn’t know either. Why don’t I just compromise by putting on something that’s room temperature?

So my wife gave me a bag of cholent beans that we keep in the freezer, because those take longer to thaw. I’d lie there with my beans under my shirt, and then my kids would come in and sit on my back and go, “Yikes!”

Point is, I had to go in for tests. Doctors always want to run tests. I came in, and the guy said, “How are you feeling today?” And I said, “Fine,” out of habit, and then I was like, “Wait. Was that a test?” And earlier in the week, I came in to the chiropractor’s office and he said to have a seat.

All this paranoia is making my back tense.

But besides for these sophisticated medical tests, each doctor prescribed others, just in case, which is how I came to take an X-ray and an MRI in the same week.

There are similarities between the two. For example, in both the X-ray place and the MRI place, I had to stand in crowded waiting rooms. Because I couldn’t sit. And there’s no waiting area for people who can’t sit. People are making room on the seats next to them, and you’re like, “No thanks. I’ll just stand right here with a bag of raw beans pressed against my lower back. Inches from your face.”

And in both places, they brought me to a tiny room and told me to get undressed and put on a robe. (How small can a robe be to still legally be called a robe?) Because apparently, X-rays can see through skin and muscle tissue, but not through my regular clothes. It’s not like I’m wearing chain mail.

They’re going to be like, “We can’t see his spine. He’s wearing shoes.”

And getting dressed in those little airplane-style bathrooms, I realized why the wait was so long – it’s because they’re having injured patients who can’t bend down getting undressed in tiny rooms. Every room should be a handicapped room. And bigger.

Then I had to go in for the tests.

Everyone’s heard of X-rays, because that’s what every kid’s ABC book says for X. Whereas there are plenty of M words that won’t scar a 3-year-old for life. X-rays take a picture of the inside of your body. It might be dangerous, but it’s considerably less invasive than the way they were getting the pictures before. In the old days, they’d have to cut you open and you’d have to lie still, or dead, while someone painted a portrait. 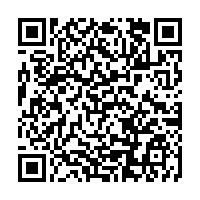