In the days of the Talmud there were bitter disputes between Chazal and a sect known as the Kusim. The Kusim distorted the Law and did not accept the Oral Law.

Rabi Yishmael, the son of Rabi Yosi Haglili, was always on the alert to make sure that a Kusi did not gain the ear of the populace.

One day, Rabi Yishmael was informed that there was a Kusi who claimed to be able to interpret dreams and people were running to speak with him.

Rabi Yishmael went to where the Kusi was staying to watch what he did.

The first man approached the Kusi and said, “Oh, wise man, I have had a dream. In my dream I had three eyes. What can this mean?”

The Kusi replied, “Your dream obviously means that the power of your sight will get stronger and you will be able to see great distances.”

When Rabi Yishmael heard this interpretation, he interfered and said, “What you have said is nonsense. This man is a baker and the third ‘eye’ was symbolical of the burning fire he sees when he puts his head inside the oven to see how his bread is doing.”

The Kusi sneered at Rabi Yishmael and said to the man, “Show us that this meddler is wrong. Tell us what your occupation really is.”

The man answered, “The rav is indeed right. I am a baker and every day I am exposed to the tremendous light in the oven.”

Whereupon Rabi Yishmael said, “A man is shown in his dreams that which he thinks about in his waking hours.”

No sooner had Rabi Yishmael finished speaking when another man entered.

“Your dream,” replied the Kusi, “means that the sound of your name and reputation will carry over the seas.”

Rabi Yishmael laughed and said, “Nonsense. This man recently bought a donkey with long ears and it is this which occupies his mind in his dreams.”

While the Kusi was still fuming a third person came in.

“My dream was a very odd one,” he said. “In it, I had a book sent to me with 24 rows of writings written from one side and erased from the other. What can this mean?”

The Kusi now made sure to heed Rabi Yishmael’s advice about looking into what the dreamer thought about in his waking hours and said to the man, “This can only mean that you are a merchant and you see your ledger book which contains your accounts and debts.”

Rabi Yishmael could not suppress his laughter. “You try hard, Kusi, but it is hopeless. Can you not see that this man’s dressed in rags and is definitely not a merchant? He has dreamed only of the patches on his clothing.”

The Kusi flushed angrily when he saw what a fool he had been made of, but he could do nothing.

When a friend of the Kusi heard of what Rabi Yishmael had done he decided to try to avenge his honor.

Upon arriving at Rabi Yishmael’s home he said to him, “Oh, rav, I have had a very curious dream that I am puzzled about. Perhaps you can help interpret it for me?”

“Tell me what it is and perhaps I will be able to help you.”

“In my dream I saw four cedar trees, four sycamores and a bundle of straw. Over them lay a donkey. Tell me, what does this bizarre dream mean?”

Rabi Yishmael understood that the Kusi had not really dreamt this, but was hoping to trick him. 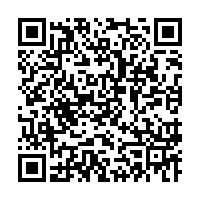