Let me assure you that the purpose of this article is not to weigh in on the recent Internet Asifa (gathering) that was held at Citifield in New York. Suffice it to say, that irrespective of one’s views regarding the execution and specifics of this unprecedented event, it should be crystal clear to every sane adult that Gedolei Yisroel have brought to the forefront the perils that accompany the recent monumental advances in modern technology. It is incumbent on each and every individual to devise and implement a personal plan of action that will protect his/her family from one of the greatest dangers of the 21st century.

We must do our personal hishtadlus (individual efforts), and rely on siyatah d’Shmayah (Divine assistance) to bring our efforts to fruition. The various suggestions being put forth to filter the Internet to a level appropriate for each individual and family is part of our hishtadlus. However, there is a prerequisite to this filter that is, unfortunately, being ignored by too many. To fight the external forces of the Yetzer Hara, we must first conquer the challenges that lie within our own rank and file. History repeatedly proves that the first step in conquering the external enemy is to ensure that we possess a unified front internally. The only way to accomplish this is to invoke the assistance of Hashem; without siyatah d’Shmayah, all are efforts will unfortunately fall short, and our mission will be bound for failure.


So what is this prerequisite? Let’s revisit how Yaakov Avinu prepared for battle against Esav, the ultimate symbol of the yetzer hara in his generation. Before preparing a strategic battle plan, he turned to Hashem, utilizing the power of tefillah as his first and most powerful weapon. Today, that power, that koach that comes from davening, is still the greatest weapon we can use to combat the dangers we face as individuals and as a nation.

Parshas Matos begins with a discussion of the laws relating to a personal vow or oath. What is unique about the way this topic is introduced is that it’s missing the traditional lead-in pasuk of “Vayomer/Va’yidaber Hashem el Moshe laymor.” Instead it begins Vayomer Moshe el Roshei HaMatos – Moshe says to the leaders of the shevatim. Why is the introduction here different?

Rav Moshe Feinstein z”tl, in his classic commentary on the Torah, Darash Moshe, teaches that we can learn a profound lesson from the manner in which these laws are presented to the Jewish nation. Of all of Hashem’s worldly creations, only humans have been granted the power of speech, the ability to communicate verbally and only man has been created b’tzelem Elokim – in G-d’s image. Rav Moshe ascertains that we don’t need the pasuk “Vayomer/Va’yidaber Hashem el Moshe laymor” to introduce the laws of proper use of dibbur, of speech. It’s abundantly obvious that this precious gift is only to be used in a manner becoming of those created in G-d’s image.

How sad is it to see how we abuse this unique gift of dibbur. We use inappropriate language, make inappropriate statements, and defile the gift of speech by speaking offensively, and insulting our fellow human beings. Perhaps the worst offense of all is the way we defile our mouths while amidst a private meeting with Hashem – during davening. Would any of us be discourteous and offensive to a hard-to-reach businessperson who has managed to fit us into his busy schedule for a private meeting? Would our minds and mouths be elsewhere if granted a meeting with the President of the United States? Would any of us display such unmitigated audacity? Yet, the Melech Malchei Hamilachim grants us a private meeting three times a day – how can we so abuse the privilege?

How can we possibly expect Hashem to assist us in combating the dangers threaten us and our families when we display behavior that flies in the face of the hishtadlus Gedolei Yisroel are asking of us? How will implementing filters on the Internet help us combat the Yetzer Hara if we can’t even place filters on our mouths while asking Hashem for help with all the trials and tribulations that face us?

Praying at the RNC

Davening During A Meal 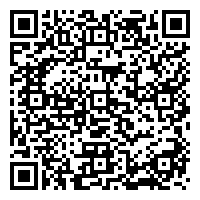