There is something magical about doing laundry. You take items that are dirty, smelly or otherwise gross, toss them into the washer with some detergent and fabric softener, turn a few dials and, boom, an hour later those same items emerge fresh and clean and ready to be dried, with virtually no work required on your part. It’s not like I can push a button to have my floors magically de-grimed and, to the best of my knowledge, they have yet to invent a machine that automatically stuffs blankets back inside duvet covers, but laundry? Unlike days gone by when women went down to the river to bang their clothing against rocks to get the dirt out, or not all that long ago when washboards and rubbing were seriously hard work, in our day and age, the laundry pretty much takes care of itself.

Except when it comes to putting it away.


Chances are that you, like me, spend a lot of time each week sorting, folding and hanging clean clothes and given that there are other things I would rather be doing, I keep trying to find new ways to incorporate efficiency into the process.

While some would argue that doing laundry every two or three days would streamline the job, barring any serious stains, I prefer to tackle the task just once a week. Yup, it does take longer to put stuff away when you are doing the wash half as often, but doing it more frequently leaves me feeling like I spend my entire life doing laundry, so the once a week thing just makes more sense.

Simplifying the folding and putting away starts way earlier than that moment when you take delightfully warm clothes out of the dryer. In families that have multiple kids wearing similar sizes, marking items to somehow indicate their ownership is essential. The best system I have found so far involves nothing more than a permanent marker or a laundry pen: put one dot on the label of each item belonging to child number one, two dots on the label of kid number two’s clothing and so on. When the time comes to pass that garment down to the next child, just add another dot so that you know which of your offspring is currently its rightful owner.

Dividing and conquering is another strategy that has always worked well for me. Lining up baskets in age order, one for each family member, can be a big help when it comes to divvying up the clean laundry, although I have no doubt my kids can share with you some of my more memorable mistakes. And given that when all of my kids were still single I was doing more than a few dark and white loads per week, I started doing laundry in groups, washing just two or three family members’ clothing at a time, which made it easier to remember whose black hoodie or white t-shirt I was holding in my hands at any given time.

And then there are the socks. You don’t need me to tell you what a pain in the neck socks can be, between some getting eaten by the washing machine and the rest being time consuming and bothersome to match up. Here at the Hotel Eller, we solved that problem using sock rings, colored plastic discs with teeth that keep pairs of socks snugly anchored together. Each of my kids had their own color and they knew that if they wanted to have clean socks, they needed to put every pair into a sock ring before they went into the hamper so that when I took everything out of the dryer, I would know whose socks were whose based on which color sock ring they were in. Annoying for them? Maybe a little. But that small effort saved me endless hours every year, and not only did everyone survive the experience, at least one of my married children uses sock rings in her house as well.

Another time saver was having color-coded hampers. By the time they were three years old, my kids were more than capable of putting light colored clothing into the white hamper and their dark stuff into the hunter green hamper. That simple distinction, which involved almost no extra effort on their part, was another bonus for me because there was minimal sorting to do on laundry day and even the folding went easier because similar items usually ended up in the same load. By the same token, keeping a laundry pre-treater that can be applied in advance near the hamper is a good idea, because finding a spot on your clothing is relatively simple when you are wearing it, but remembering that it is there as you are tossing clothing into the washer is a whole different story. And yes, I promise you that your kids are perfectly capable of pre-treating their own clothing.

With all five wearing button down shirts to school, there was always a load or two of those to be done each week and I usually hung them to dry. Grouping each kids’ shirts together as I hung them was one way to make sure that everyone ended up with the right ones in their closet; another idea is to invest in different colored hangers for every member of your crew (and then obviously making sure you hang each child’s shirts on the right color hanger). Those nice skinny velvet hangers are one way to go, but you can accomplish the same thing on the cheap with those plastic hangers that come in multipacks in just about every store for a dollar or two, which work just as well and make it almost impossible to end up with someone else’s shirt.

While I know there are people who have their older kids doing their own laundry, that was an idea that never really resonated with me. The every-man-for-himself vibe clashed with my goal of having us working together as a family and I just couldn’t see the logic in having my washing machine busy all week long doing half loads. Besides, who was going to arrange the laundry schedule so that everyone could have a turn running a wash? Definitely not me!

Finally, the best part of doing laundry once a week is that once you get all of that clothing washed, dried, folded and sorted, it is perfectly reasonable to hand every person his or her basket to put the clothes away. While the younger kids may need some help getting everything neatly stored away, it is a job that takes less than five minutes and gives kids of all ages a sense of responsibility.

When it comes to the list of household chores that need to happen on a regular basis, laundry may very well be the least of all the evils, especially if you find a system that works well for you. So go ahead – turn the laundry room into your happy place. Leave your favorite music playing, hang up wacky artwork that makes you smile and paint the walls your favorite color.

And who knows? You might find yourself actually starting to look forward to laundry day. 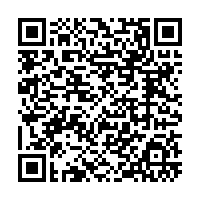