I am sitting here absolutely in shock and clueless as to what to do next.  Our oldest child is ready to begin shidduchim and we enlisted the aid of two shaddchanim in our community to find a suitable life partner for our daughter.  We met with both these people and answered countless questions, filled out lengthy descriptions as to what our daughter and we are looking for in a son-in-law and, were told they would be in touch with us shortly. We went home to wait for the promised calls, never for a moment doubting that we would be getting the very best prospects for our wonderful daughter.


One week went by, then two and three without a call-back from either one of the shaddchanim. My husband said we should call them, perhaps we missed their call or something happened that prevented them from getting back to us in a timely manner.  So, that very evening, after he came home from his shiur, we sat down to make the call.  The first woman answered the phone and upon hearing who was calling excused herself saying she was in middle of interviewing someone and that she would call us back just as soon as she was finished.  Then we called shaddchan number two, who got flustered when she heard our name and said she couldn’t talk just then and abruptly hung up on us.

At this point I had the distinct feeling that something very strange was going on and that they both were trying to avoid talking to us.  But we gave them the benefit of the doubt and just waited.  No one called us back that night, or on any night thereafter.

A few nights later, we attended a wedding where we knew that the shaddchan was one of the ladies we were waiting to hear from and we hoped to get a chance to speak with her face to face.  As it turned out, we met in the ladies room, where I pleaded to understand why it was taking so long and why it was that she had not called us.  She pulled me into the handicapped stall and in an apologetic voice, told me that upon doing a search on my family it was revealed that a relative in Israel had been arrested for child molestation and domestic abuse.  In shock, I listened as she told me that no one she contacted about our daughter wanted to get involved with our family once they discovered this information and she begged my forgiveness for not having the courage to tell me this sooner.  Before I could find my voice, she left the room.

I found my husband and told him everything the shaddchan had told me.  As stunned as I was, he was even more so and we left the wedding early and investigate. On a website devoted to listing names of offenders was the name of a distant family member but, upon further investigation, it became clear that this person shared the same, fairly common name as our relative, but was in fact totally unrelated to our family.

Although we were momentarily relieved, we were horrified to understand that this would be a terrible deterrent in finding a good shidduch our daughter and the rest of our children.  The very next day we contacted the shaddchanim and told them that the offender was no relation to us at all and simply shared the same very common, family name and lived in Israel, as did our distant cousin. We provided the website information so that they could clear up that matter themselves.

After due diligence, they called back and were most apologetic but, it seems, the damage was already done and that word on the street was that our family was tainted.

I haven’t stopped crying since last week when all this came out.  Is there anything we can do to rectify what has happened and to clarify that we are a good, decent family with wonderful middos and exceptionally fine children?  Is there anything you can suggest that can erase the misconceptions already out there and re-instate our good name and standing in our community?

I have learned that nothing is impossible, that the unbelievable can, and often will, happen and to say “never”! I am truly sorry for all the pain this has caused you. So what can you do to clear your family’s name?

First and foremost, the two shaddchanim should spread the word that there was a grave error made in unjustly branding your family. They should provide to all, the link that explains and clarifies that your family is untainted and clears you of any connection to this other party.  Then they must start again to canvas for your daughter asking the parties they originally contacted to reconsider based on the new information. Hopefully they may still be able to salvage the situation.

“Hakol bedai Shamayim,” especially when it comes to shidduchim. Tap into your emunah and know that while we understand so little of why and how things happen, there is always an excellent reason and it is always for our benefit, our Father in heaven simply chooses not to share the why with us. I have faith that a wonderful young man awaits your daughter and that your other children will find their zivugim when the time is right.

Dear readers, let this be a reminder to be very careful what you say and to whom you say it, even with the purest intentions.

Take heart, good friend, and in a short time, I hope you will let us know that a mazel tov is in order.  May you go from one simcha to the other with ease and a full and joyous heart. 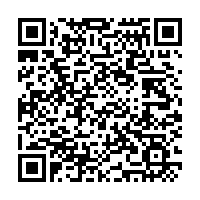