No, I don’t think he’s the most pro-Israel president we’ve had in a long time. Don’t get me wrong, Bush is good, but I think Clinton was a good friend to Israel too.

Yes. Bush is good, but it’s a shame that the most pro-Israel president we’ve had in a long time is in office while Israel has a prime minister like Olmert, so it’s really a waste. Bush is indeed a friend. He hasn’t really pushed Israel to give up land. He supports Israel in the UN and doesn’t use his office to pressure Israeli leaders.

Yes. He’s been the most pro-Israel president we’ve had since Nixon. He stayed out of the Lebanon mess and allowed Israel to do what it had to. He doesn’t meddle and force Israel to negotiate with the Palestinians. Bush recognizes that Israel is the only democratic country in the region.

Yes. He’s easy on Israel. He doesn’t pressure the Israelis, although an argument can be made that by trying to stabilize the Middle East he’s really hurting them. I do wish he would make more of an effort to bring both sides together and have them resume talks. 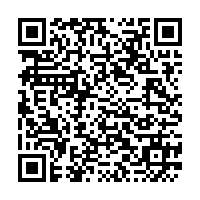