There are two big changes: The first would have to be the abundance and easy access to kosher food. We didn’t have kosher pizza stores and Chinese takeout while growing up. Pesach was especially hard since we didn’t have any items at all at the supermarket. The second change would have to be the presence of openly Orthodox professionals in the workforce. Now when you go into a hospital you see doctors wearing yarmulkes.
– Phyllis Schindler

was born in Poland and came here after the war. The biggest change would have to be the commitment to help Medinat Yisrael. Jews have always aided Israel but it seems more organized and frequent now.

I grew up in the East Bronx. Back then it was very Jewish but today there are hardly any Jews living there. I’m amazed by how so many Jewish communities and neighborhoods have changed.
– Edith Birnbaum

We didn’t have bikur cholim when I was growing up and kosher food was not available in hospitals.

We didn’t have alternate parking on Shabbos and the holidays like we do now. I also feel that religious observance is stronger now, as can be seen by the mechitzas and separate seating at almost every event. 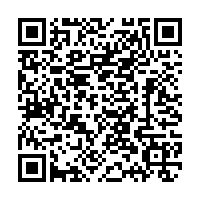