So I rented a costume for Purim. Why does the mask smell?

The mask always smells. They add the smell at the factory. They don’t want you to keep the costume.

I don’t know why you’re renting a costume in the first place. People only wear costumes on days they do things they would never do if they weren’t in disguise, such as save the city from evil. So they get pretty dirty, and most costumes can’t stand up to laundry.

Does anyone make costumes that are actually comfortable?

No. Costumes are a cool idea, but no one is making ones practical to be worn all day. Especially considering how active you are on Purim. Firstly, there’s no mask that works well with glasses, and 90% of Jews have glasses.

And besides, none of them are comfortable. They have tags that dig into you, they don’t keep you warm, and you can’t fit clothes underneath them. Some you can’t wear in a car, some you can’t sit in at all, and with some, you have to hold a prop all day. How am I supposed to deliver shalach manos while pretending I’m riding on a horse whose head I actually have to hold up to keep it underneath me? Should I just use an actual horse? Then I still have to use one hand to stop him from eating the food.

Of course, there are some costumes whose props make it seem like the shalach manos is part of the costume:

– Red Riding Hood (especially if you’re a guy: “Bubby, what a big nose you have!” “Look who’s talking”)

– Waiter (you have to carry everything on a tray, but you get to sneeze in people’s food if they don’t tip you)

– Flight attendant (you get to wheel a whole cart, and you can give out tiny bags of pretzels and half-filled cups of soda, and people will think it’s part of your theme).

– Magician (if you’re good, you can pull things out of nowhere)

– Student with a huge knapsack (it helps the theme if you give out food that looks like it’s been smushed in the bottom of that knapsack, such as bananas)

Someone came to my door, and I have no idea who it is. He’s just standing there in a mask with no mouth hole and not saying anything. What should I give him? Or possibly her?

I know the feeling. The worst is that they have no idea you don’t recognize them. And it’s awkward to ask, because they came all the way to your house. They know who you are, because it’s your house. You have to figure them out by the car double-parked outside. Which is awkward if they’re one of those families who disguise their car for Purim.

“Whose car is that? I don’t recognize it with the moustache.”

It’s a little bit easier when the whole family comes to your door, so you have more clues. Sometimes I get a whole group, and I only know who they are because one of their kids doesn’t have a full mask.

“Oh, that kid with the moustache is a Hirsch.”

Is this just someone we don’t know who got the address wrong? We get those all the time.

This is why people put labels on their shalach manos.

So I accidentally gave the same family twice one year. I brought something to their house when they weren’t home, then they came to my door, and they gave me something, so I went to the back in a panic and gave them something. And as they were going out to their car, my wife peeked out the window and asked, “Why did you give them shalach manos? We gave them already!” And I said, “Really?” And she said, “Yeah! They have a blue Honda!”

Ok, so I just bought a ton of receptacles for shalach manos. What should I give people?

“What should I give?!” How about instead of figuring out what you want to give, figure out what people would most appreciate getting? It’s all about you, isn’t it? “I want to give. Me me me.” Gosh. Are you giving for you or for them? You think they want to spend all of Purim night trying to put away several kinds of food that don’t even stack? How much room do you think they set aside in their house for unexpected tea biscuits four weeks before Pesach?

But no, it’s all about what works for me to give 300 different people, some of them twice, so I can inconvenience them with my food rather than insult them by not giving them any.

Ok, fine. So what do people most appreciate getting?

I don’t know. Here are some guesses:

These are all guesses, of course. I don’t know your friends. Half the people you ask want something substantial and homemade that they can eat for lunch, and half the people want candy, because it’s shelf stable, and, no offense, certified kosher. So the best way to do it is to give each person something different. After all, they’re really your friends, right?

But unfortunately, you have too many people that you’re giving to, so you put together the same thing for everyone and hope that 30 million people you know all have the same taste in food. Then you show up at their house in full mask, don’t say a word, and drop something off, and they have no idea who gave it to them.

Have a question for “You’re Asking Me”? Show up at my house in a full mask, drop it off, and don’t say a word. 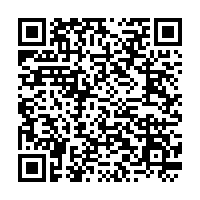