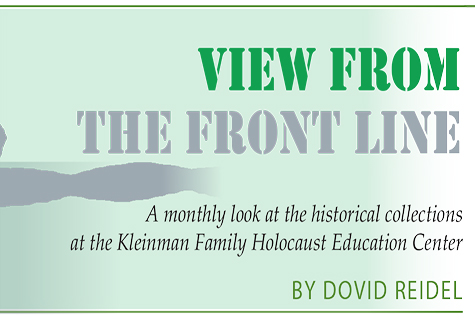 “This may be a little incoherent but it makes me angry at times the attitude of the Jewish fellows and I can’t think straight.” The above quote is from a 1945 letter that US Sergeant Paul Walfish wrote from the Philippines to Mike Tress, President of the Agudath Israel Youth Council. Walfish was describing the lackadaisical attitude that many Jewish soldiers in the US army reflected in regard to religious observance. Walfish wrote, “There are a few Orthodox Jewish boys out here but you can count them on your fingers… The majority of them are not Orthodox… The toughest ones, believe it or not, are not those who [have] never been ‘within the faith’ but those who come from Orthodox parents and are familiar with Jewish tradition. They are the hardest to convince. They all say that they prefer a service in English…They do not believe in the rituals and traditions of the Jewish faith… They think them outmoded and outdated. The only answer I have to that is, ‘You have no Jewish faith if you do away with the traditions and rituals that make it so beautiful.’ Many of them take the fact that they are in the services as giving them license to commit sins. They can be [refuted] by the simple old argument [of] two wrongs don’t make a right… Just because you work Shabbos, it doesn’t mean you don’t have to daven or allows you to smoke and do other things that you can refrain from doing. Just because you have to eat treifa, doesn’t mean to say that you should drink milk or have butter with your meat.

Walfish then concluded, “The only true solution to keeping alive true Orthodoxy as we know it, is to concentrate on the coming generation. We have to teach them and lead them in the light of the Torah. We must show them that being a true Jew is being true to one’s people and as well as to oneself. It can be done.”

A sailor at the Naval Air Station Banana River in Florida expressed similar sentiments in his letter to Mr. Tress. The sailor described how he once entered a Jewish center near the base where he was stationed. The Hebrew school teacher noticed him putting on tefillin and clapped his hands and exclaimed to his students, “The young man wishes to conduct a ritual.” The soldier wrote, “I proceeded to daven but I was conscious that it was a rather poor show to justify ‘conducting a ritual’. It seemed to me the very least I ought to do was… conduct an [ethnic] dance… Here was a man, well-educated…a Sunday school teacher…yet the commandments with which every Orthodox Jew begins the day by obeying, was to him just a quaint ceremony.”

He then concluded, “Think then how wide a gulf separates us in our thinking from the mass of American youth… Many of them have an interest in traditional Judaism but cannot make satisfactory connections with it… We must search them out and guide them in for they too are from the seed in which all the nations shall be blessed.”

The message was clear: Jews had a responsibility to fight the war not only as Americans in defense of their country but also on a personal level to rescue their brethren. Indeed, a most interesting facet emerges from the hundreds of letters in the KHEC archives written by religious soldiers. Even while fighting a world war, practically all of the letter writers describe their personal battles to follow Jewish law while in the army. And for many, that included caring for their fellow Jewish GIs by trying to convince them to do the same. 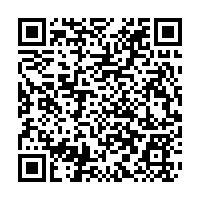