Rabbi Noah Cheses and his wife Sarah joined the OU’s Jewish Learning Initiative on Campus (JLIC) in partnership with the Joseph Slifka Center for Jewish Life at Yale University in New Haven, Connecticut in 2011 and enjoyed every day, before leaving this past summer. He and his wife were tremendous Torah educators, whose goal was to strengthen Orthodox Jewish life on Yale’s campus, by providing religious studies and a welcoming home all year round, including meals on Shabbat and on holidays. JLIC campus couples serve as tremendous role models for Jewish students on campus, and so it was a great privilege interviewing Rabbi Cheses to find out some more details regarding the Jewish outreach he and his wife were involved with at Yale University.


JP: How did you come to JLIC at Yale?

NC: I had studied at YU for my rabbinical ordination and always assumed I would take a pulpit position afterward. My wife and I were looking at different options, and decided to interview for the opening at JLIC at Yale. JLIC is devoted to serving and inspiring the Orthodox Jewish community on campus, and this seemed like an incredible opportunity to become a part of that. When you look around, it’s no surprise that what attracted us here was the very dynamic environment. It’s certainly very humbling being here in an Ivy League institution, as well as very empowering.

JP: How large and how active is the Jewish community in New Haven and on campus?

NC: New Haven is gradually becoming a smaller Jewish community. Currently, there are two shuls and two kosher restaurants in the neighborhood – some infrastructure, but the largest Jewish community is still on campus.

JP: How was the community when you first arrived, and how has it changed since then?

NC: There’s always been a pretty significant Jewish presence with over 20% of the student body being Jewish. When I first came here, though, the community was definitely more fragmented – there were partnership minyanim, and so on. But as time went on, the programs and general opportunity have certainly increased, which is reassuring.

JP: What have been your major projects and accomplishments?

NC: Our major project has been to make Torah relevant. As of now, the most dominant religion on campus is environmentalism, and so we try our best to make Torah important and meaningful for the Jewish students, by focusing on education and substantive Torah learning. As a whole, the entire experience has been very exhilarating – there’s always so much that’s going on, in terms of progress and growth in the Orthodox community, and we feel so lucky to have had the ability to impact the next generation by being here on campus.

JP: Do you have a specific hook or shtick you use to get students to come and participate?

NC: It goes without saying that it’s extremely important to build relationships with the students, so we try our best to get to know them, to find out what makes them tick, to hear each student’s story, etc. And what we’ve done has been contagious, but to really answer the question: Judaism and Yiddishkeit sell themselves. After basic exposure to a warm Shabbat oneg, the camaraderie – well, that’s our strongest tool. And like I said, once you get a taste of it, Judaism sells itself.

JP: Do you have a memorable or inspiring story you’d like to share from your time on campus?

NC: There are certainly many, but there’s one in particular that’s very fascinating here, which is that there are a lot of converts coming into the Yale community from law school. They’re being trained in legal theory and are interested in the intricacies of the halachic process that Orthodox Judaism is so entirely consumed with. They want to associate themselves with that and be part of a meaningful entity. 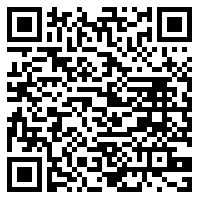