Last fall, Shaindel Antelis, a 25-year-old musician, makeup artist and jewelry designer, released her latest for-women-only music video, “Invisible,” addressing the sensitive issue of bullying in Jewish girls’ schools and camps. She’s been visiting schools in Jewish communities in Europe, Israel and the US, giving concerts for girls and women while armed with the message from her video.

Travel and music have become a way of life for the modest and passionate singer songwriter. It’s also a way to reach out to others, especially frum girls in their formative teenage years, struggling with social, emotional or spiritual issues. This video, she explains, is “to let girls know they’re not alone, they’re special and unique in their own way.”


“It was hard to find my place when my family moved,” shares Shaindel, who now lives in Brooklyn, NY. “No one was intentionally trying to hurt me but I felt invisible and alone. It’s a problem in every community and school to a certain extent. My friend had to pull her son out of school because he was being bullied so badly and the school was not doing anything. It’s shocking. There’s a little bit of awareness, but I think there needs to be more.”

She hopes to bring about positive change in this area through her songs.

Music was part of the air Shaindel breathed growing up in Brooklyn and then Elizabeth, NJ, where she moved with her family when she was 12 years old. As part of a large family of musicians, music always came naturally to her. Shaindel’s father, Moshe, performs at weddings and has a recording studio. Her brothers play drums, including on her own albums; her brother Jake produced the music for the three albums Shaindel released for women, which are available in Judaica stores and on her website (shaindelantelis.com).

Shaindel has been singing since she learned how to talk, and she started writing her own songs at age ten. As a young girl, she dreamed about releasing albums of her own. But it wasn’t always easy. When Shaindel first tried selling her albums to Jewish distributors, they weren’t interested. Women were not selling or buying women-only music in large enough quantities to make it worthwhile. Things have progressed a lot during the past five years. By releasing her own music videos and albums, Shaindel helped pave the way in the music industry for frum performing artists.

“There’s so much secular media and even very frum teens are exposed to it in one form or another, but you can be frum, colorful and happy; you don’t need what the secular world offers,” she says. “There are kosher ways to use your talents and creativity; bullying often comes when people feel bad about themselves.”

Shaindel’s musical journey really took off while she was in Beer Miriam Seminary in Israel. “I was so inspired by the beautiful lessons I learned and by the holiness around me that I just couldn’t stop writing songs!” she says. After releasing her first album, “Heart and Soul,” which is mostly comprised of songs Shaindel wrote in seminary, Shaindel went back to Israel for a second year and continued touring and writing music while studying at Neve Yerushalayim. She tried out for the “Wanna Be a Star Competition” for women performers and made it into the top ten. When she returned to the US, she worked on her second album, “Change,” which was followed by music videos and her newest album, “Live Today.”

She now performs for women in Jewish communities all over the world. Through her upbeat tunes and meaningful lyrics, she brings messages of emunah and hope to young women in schools, shuls and at bas mitzvahs and community events. 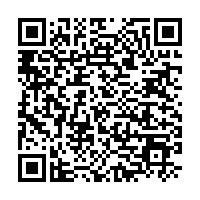