A United Nations Board of Inquiry (BoI) into the use and attack on UN facilities during Operation Protective Edge in Gaza, has been completed. The report itself is supposed to remain secret, but the cover letters attached to the report have been released.


The UN inquiry found that “Israeli actions” killed 44 Arabs and injured 227 more who were inside UN premises. Israel investigated that incident.

But what was more important was that the report finally confirmed Israel’s claims that UN facilities were repeatedly being used by Hamas and other terrorists to store weapons and attack Israel.

In one school, 20 rockets were discovered.

“On the discovery by the United Nations of weaponry on United Nations premises, I am dismayed that Palestinian militant groups would put United Nations schools at risk by using them to hide their arms. The three schools at which weaponry was found were empty at the time and were not being used as shelters. However, the fact that they were used by those involved in the fighting to store their weaponry and, in two cases, probably to fire from is unacceptable.”

Israel’s spokesman at the Ministry of Foreign Affairs said that Israel received a copy of the report.

The spokeman said in response,

“The executive summary of the report clearly documents the exploitation by terrorist organizations of UN facilities in the Gaza Strip. Israel is committed to working jointly with the UN in order to improve the security of UN facilities in the Gaza Strip, with special emphasis on preventing such exploitation by terrorists. Moreover, Israel is prepared to extend its assistance to UNRWA, with the aim of preventing the recurrence of circumstances under which UN facilities are used to carry out terrorist activity, in blatant violation of international law, and in a manner that gravely endangers civilians, including UN staff.”

In response to the section on deaths caused by “Israeli actions”, Emmanuel Nachshon wrote,

“All of the incidents attributed by the report to Israel have already been subject to thorough examinations, and criminal investigations have been launched where relevant. This serves as further evidence of Israel’s serious approach to this issue, its capacity and desire to carry out independent investigations and its commitment to the rule of law. Israel makes every effort to avoid harm to sensitive sites, in the face of terrorist groups who are committed not only to targeting Israeli civilians but also to using Palestinian civilians and UN facilities as shields for their terrorist activities.”

When we pointed out that the acronym “UNRWA” stood for UN Rocket Warehouse Agency, we weren’t kidding. 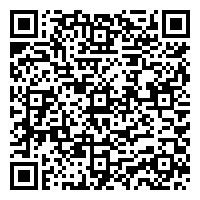