We use and hear this phrase every day, but most people never actually give a second thought to what they are saying. LOL is an acronym that has sprung up over the past few years. It is commonly used in e-mail or text messaging conversations, and is now so widespread that it is even used in face-to-face communication.

According to the Oxford English Dictionary, the oldest recorded use of LOL was in the 1960s and it referred “little old lady.” LOL was first used for its official meaning in the 1980s. On March 24, 2011, LOL was formally recognized in an update of the Oxford English Dictionary. This dictionary defines LOL as an informal abbreviation meaning laughing out loud, or laugh out loud (used chiefly in electronic communication to draw attention to a joke or amusing statement, or to express amusement). Other historical meanings of LOL, such as lots of love or lots of luck, are now ridiculed. For example, there is a well-known joke in which a mother texts her son: “Grandma passed away, LOL.” The mother obviously thought LOL means lots of love, and mistakenly implied that she finds Grandma’s death funny.

Interestingly, LOL has many variations in other languages. In Hebrew, the equivalent of LOL is äää or ççç (usually three or more in a row). In Spanish, jajajá is an equivalent to LOL, and the letter “j” is pronounced like the Hebrew “ches.” In Dutch, lol is a word (not an acronym) which coincidentally, means “fun”.  In Welsh, lol means “nonsense” – if a person wanted to say “utter nonsense”, he would say “rwtsh lol.” Ironically, in Persian, lol means “mute.”

LOL is now overused to the point where nobody actually laughs out loud when they say or write it. In fact, it is often used simply when there is nothing else to say. More accurately, the acronym LOL should be redefined as “Lack Of Laughter.”

Furthermore, depending on the chatter, LOL’s definition may vary. The list of its meanings includes, but is not limited to:

“I have nothing worthwhile to contribute to this conversation.”

Me: “So I went shopping, and I bought a top and two skirts.”

“Your statement lacks even the vaguest trace of humor but I’ll pretend to be amused.”

“This is a pointless acronym that I’m sticking in my sentence just because it has become so engrained in my mind that I MUST use the meaningless sentence-filler ‘LOL.’”

Me: “Hey, do you want to come over tonight to study?”

Keep in mind that LOL should be reserved for casual e-mails and text messages, and is not appropriate in formal exchanges.

Ultimately, LOL should be used as a tool that we must be careful not to misuse for purposes other than connoting actual laughter. Simply replying “lol” to a text message effectively kills the entire conversation before it even begins. 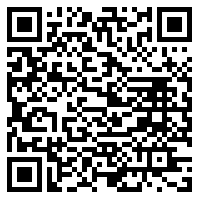