The leadership of the Jewish advocacy group the AMCHA Initiative, will testify on Friday, March 21, before a California Assembly Select Committee on Campus Climate.

AMCHA Initiative will be urging members of the state committee to examine campus antisemitism and to take the proper steps to ensure Jewish students feel safe and welcome at California’s colleges and universities.


“Unfortunately, antisemitism at U.S. colleges, and, especially, in California, is growing at an alarming rate,” stated Tammi Rossman-Benjamin, a UC professor and AMCHA Initiative cofounder.

“It is a concern we hear about daily from members of California’s Jewish community, including university alumni, rabbis, professors, religious school principals and, of course, students, parents and grandparents.”

“Students have reported to us that they feel uncomfortable speaking freely about their support for Israel and have felt unsafe at times in their classrooms and on campus because they are Jewish,” explained Leila Beckwith, a UC professor and AMCHA Initiative cofounder.

“In addition, we believe that a number of professors and departments are inappropriately using taxpayer dollars to promote their personal anti-Israel and antisemitic agendas, contributing to, and sometimes, inciting a hostile and potentially dangerous environment for Jewish students.”

Assembly Speaker John Perez (D-Los Angeles) announced the creation of the Select Committee in January. March 21 is the first of four public hearings the Committee will hold over the next few months. The Committee was tasked with investigating issues pertaining to student welfare on college campuses. Assemblymember Shirley Weber (D-San Diego), who worked as a San Diego State University professor, chairs the Committee.

Rossman-Benjamin and Beckwith will provide information to the committee members about the following recent incidents:

• UC Davis, February 2012: Students for Justice in Palestine interrupted, heckled and physically threatened speakers at a pro-Israel event, causing it to be shutdown. The attendees reported fearing for their safety at the event and for weeks after.

• San Francisco State University, November 2013: General Union of Palestine Students (GUPS), hosted an event where participants could make posters that said, “My Heroes Have Always Killed Colonizers,” referring to Jews, as well as posters of the convicted hijacker Leila Khaled holding a gun. Leila Khaled is a member of the State-Department designated terrorist group, the PFLP, which is responsible for 159 violent terrorist acts.

• San Francisco State University, 2013-2014: The President of GUPS repeatedly threatened SFSU Jewish students, Israelis, and anyone who supports Israel. He also glorified the PFLP. For example, this student was shown wielding a knife on social media with the caption, “I love this blade…it makes me want to stab an Israeli soldier” and “the only peace I’m interested in is the head of this [expletive] scum on a plate, as well as the heads of all others like her, and all others who support the IDF.” He also stated that he hopes members of the SFSU student group Hillel “trip down the stairs and break their necks.” 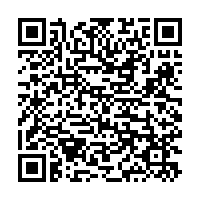