I was created, a small being nestled in a realm with companions much larger than I. When Hashem created me, He kissed the top of my head, whispering that I would be the most important hilltop in the whole world.

So I waited, for ages, for someone to see me from a distance and know what I was. Avraham finally saw me and brought his sacrifice with him. That was not the mission I was hoping I would have.


Avraham placed his complacent, mortified son on an altar built where Hashem’s warm kiss blessed me so many years ago. I wished to quake and I didn’t know how; I cried to my Creator to stop this destruction, me the little mountain. A moment before it was too late, my God sent an angel to save the innocent boy. Who is this monster trying to do what is most abominable to my God on me? But when I looked into his eyes, I saw his relief, I understood.

He sacrificed a ram instead, in that moment I knew that was just the first sacrifice of many I would witness. I saw myself being transformed into a palace of God. People would die for me, fight for me, cry for me.

I met that innocent boy’s son, Ya’akov. He had the eyes of his father, full of fear, also in awe of the angels, this time, climbing to and from me. He poured oil on my rock, which he transformed into The Rock.

King David prayed to give me my destined glory from his palace; his son to mold me into the mountain that everyone faces when they call to our Creator. King Solomon prepared my head for my long longed for crown. As Solomon blessed the people on the inception of my being the home of Hashem’s presence in this world, they were not the only servants praising Hashem’s splendor; as Solomon gave a thousand sacrifices I roared with joy with Him.

They defiled me with their parody of worship, I cried for them like a widow for her husband, when they fled from the forces they thought were greater than the Force. They came back again half-heartedly and I burned, stones tumbling, the screams, the blood of humans I thought Hashem never intended for me. I heard the holy men mourning from a distance and I wished to reach out and embrace them. I have many strangers fighting over me. I turned away from their battle cries because they were not for my God. They have defiled me as well.

Hope was restored on a brilliant spring day and my people were soldiers yet again; they looked so different, but I knew they were mine. They rushed towards me and wept in a language I barely remembered, a lullaby of words that were finally roaring. My heart rushed towards them and thanked Hashem a million times over.

We are not together yet, but I am confident that my brother and sisters will return to me soon. I can hear them, whispering prayers over a wall. Praying for me with as much longing as I have for them, I apologize to Hashem for thinking they would ever forget about me.

I have had many names, and I’ve learned how to quake when someone defiles me, but by far, my favorite name is Moriah.

This was an entry to The Write Spirit Competition, co-sponsored by The Orthodox Women’s Chaplaincy Network and The Jewish Press. 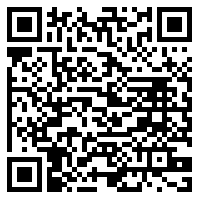