Nearly half a million of them fought in Red Army uniforms, under communist slogans but with a personal vengeance that was solely the result of Jewish experience. More than the “Greatest Generation,” they were the living superheroes hidden in plain sight.

For much of the year, they appear as unassuming as any typical senior, spending their final years in senior centers playing backgammon, circling the block with their walkers in daily exercise and keeping up with errands that include phone calls to their numerous descendants.


Each year on May 9, these heroes would change into their uniforms, carefully pinning medals to their chests in order of importance. They then assembled in public squares and received carnations from their grateful grandchildren and classmates. Among the Allied countries of the Second World War, no nation had suffered as many casualties and given as much sacrifice as the Soviet Union and among its many ethnic groups, the Jews were its overlooked victims and unsung heroes. At Holocaust memorials throughout the Soviet Union, words speak of citizens murdered by fascism, neglecting the fact that an overwhelming majority of them were Jews. Among those honored as Heroes of the Soviet Union, Jews were disproportionately represented but seldom mentioned.

For Soviet Jews, the war was personal. We lost our homes and family members. When ethnic Russian or Ukrainian soldiers surrendered to the Nazis, many had the option of switching sides and collaborating. The Jews had no such option. It was a fight for physical survival. And so these boys from the shtetlach who were fortunate enough to flee east ahead of the advancing Nazis signed up to fight. “I cannot eat pork,” one Jewish volunteer said, to which the officer replied, “Your other option is horsemeat.” It was a very treif environment and assimilation came with the uniform. Among my uncles, Shmuel became Semyon, Yonah became Ivan; and my maternal grandfather Zakhar became Sasha. At age 17, my paternal grandfather Mikhail did not wait to be called up. He volunteered and helped turn the tide at Stalingrad, losing his arm in the war.

All Soviet Jews felt the urge to fight back in uniform. Jews in the Georgian, Bukharian and Mountain communities welcomed internal Ashkenazi refugees into their homes and volunteered to fight on the Eastern Front. While Soviet war monuments neglected to recognize the particular zeal of Jewish fighters, nearly every Jewish cemetery across the former Soviet Union, from Tashkent to Tallinn, has names for bodies that were lost on the battlefield. Nearly 200,000 in total, they too should be considered victims of the Holocaust, killed not only for being Jewish, but for fighting on behalf of those Jews trapped behind Nazi lines.

May 9 is our Yom HaShoah and Yom Hazikaron combined, when Jews from the former Soviet Union reflect on the losses and the heroism. On this day, we saluted our heroes in uniform and handed them carnations as bands blared patriotic marching hymns. From 1965, each decade on, the Soviet government and its successors began awarding anniversary medals. Simply for living another decade, veterans were awarded. My grandfather received his last medal from the Russian government in 2010, on the 65th anniversary. With each passing day, 670 veterans of this war pass away, according to a 2011 report by the U.S. Department of Veterans Affairs. Another decade could not wait and so they are now awarded every five years. The average age of these veterans is 92.

This year was my first Victory Day without my grandfather. Across the ocean, a mighty show of force was displayed in Moscow’s Red Square where the wheelchair-bound seniors covered in medals watched their descendants carry banners and weaponry of a proud Russia. We once had similar parades on the Boardwalk of Brighton Beach and concerts at the Bukharian Jewish Community Center. But these days are more humble, with luncheons at restaurants and senior centers.

A couple of years ago, I paid a bikur cholim visit to Moshiakh Mullodzhanov, 95. He could no longer rise from the bed in his nursing home, but watched on the television screen images of the first Victory Parade on June 24, 1945 with Marshal Georgy Zhukov galloping atop a white horse. I cried as Mullodzhanov smiled back at his commander. He died the following October. 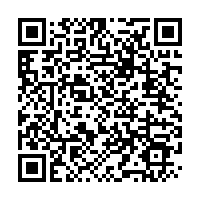