The orchestra is still, the lights are dimmed. Your simcha outfits hang in your closet, silent witnesses to a time you will treasure in your mind and heart forever.


The wedding and sheva brachos flew by in a whiz and at this very moment some other kallah has taken your place in the limelight.

It’s all over, did I say? Why, not at all, it’s just the beginning!

Suddenly you find yourself in your very own young-couple kitchen. Now it’s your culinary talents that will shine. But where-oh-where do you start?!

When I entered my own kitchen for the very first time, I wasn’t worried at all – even though I had no idea how to scramble an egg, let alone cook a nourishing meal! But I was armed with some great cookbooks I had received as presents and I know how to read, so no problem, right?

But let’s start at the beginning…

It was time to make our first dinner and I was quite excited about it. I remembered seeing an interesting recipe in one of my new cookbooks. It had caught my eye since it was called “Eggplant Steak a la Meyer.” I love steak and my husband’s name is Meyer, so what could be more fitting than that?!

No matter that I had never handled a raw eggplant in my life – that didn’t discourage me at all. I zealously rolled up my sleeves and got down to the prep stage of “Dinner for Two.”

Reading through the recipe, I saw it included just a few steps that shouldn’t be hard to follow. But alas! No matter how long I baked that eggplant steak, it remained a rubbery nightmare.

Only years later, while I was writing a cooking articles about the importance of following instructions, did my first attempt at making something edible come back to mind. Suddenly I understood what had happened that evening way back in the beginning. I’d skipped the step that called for soaking the eggplant slices. There was no way they could ever soften up without it!

But you know, there’s always something to learn and there’s nothing like the “School of Life.” Your kitchen is a science lab where you can experiment with all kinds of ingredients. It’s a place to taste the flavor of success. It’s where a flopped cake can be just a folly or give rise to a new recipe idea.

So bo’ee kallah! Come join me and learn that successful, tasteful cooking is right at your fingertips. Why buy out when you can eat in? There’s nothing like a homemade meal for the man of your house to come home to. As you know, the saying goes, “The way to a man’s heart is through his stomach.” And when it’s you who made what goes in there, you can be sure you’re using the right ingredients to build a real home.

But don’t be intimidated; you don’t have to learn everything from scratch like I did. Learn instead from the mistakes I’ve already made… You’ll probably make some of your own too but remember: (S)he who never tries will never succeed.

The recipe you tried was a total flop? Doesn’t mean you’re a flop! Just try again, using your former experience as a guide to what should be done differently this time around. The main thing is: Don’t give up!

Here are a few tricks of the trade to help make your first steps in the kitchen, turning flops into food:

*The first rule of thumb (which I learned from the Eggplant Episode) is to read through the entire recipe before beginning. Then make sure you follow through, carrying out each step accordingly.

*Always be sure to taste the food you’ve made before serving. As long as the dish hasn’t reached the table yet, you can still correct the flavoring.

*What to do when the salad dressing you’re seasoning comes out too sweet? Add some vinegar or lemon juice to your mixture in order to balance out the sweetness.

*What if you realize your meat stew or vegetable soup is too salty for your taste? Adding a potato or two should do the trick by absorbing part of the sodium. 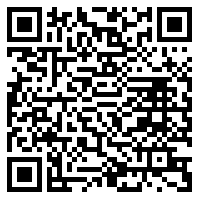