There’s a butterfly outside, I’m almost positive just like I was that there were monsters in my closet a couple of days ago but they disappeared right when Daddy went to check because they’re really smart and they knew that if my Daddy saw them he would make them leave because he’s big and strong and people listen to him and even monsters do too but he’s not scary, really, only maybe to people who aren’t so nice to me which isn’t a lot of people because I’m very friendly and people like to pinch my cheeks and say how cute I am and give me candy which I don’t mind because I really like candy and…

So Josh said there’s like this Jewish thing happening and it has something to do with Passover. He was trying to convince me to go with him but I don’t know… I mean, I’m not really invested in all this religious stuff yet; yeah, I know there was a Pharaoh and Moses (I think they call him Moshe) and the great exodus but I don’t know their traditions or even how to read this little Hebrew booklet they call a haggadah, whatever that means. Honestly, I’m scared. I don’t want to look like this uneducated boor in front of them and make all these mistakes which is ironic considering how much more worldly I am compared to them. There are a couple of chilled rabbis but I don’t really think they’re rabbis, they’re too normal…Besides, Josh is the one who’s all into this stuff, not me. Do I find it interesting? Yeah, but even though I’m into the whole “roots” thing, I just don’t know…Maybe I will go, it couldn’t hurt; I’ll probably never see these “religies” again anyway…


When you think of the Arbah Banim of Pesach you probably have four typical pictures that automatically spring to mind, probably the Artscroll illustrations from your childhood Haggadah. There’s the chacham, the really intelligent looking guy with glasses, a white button down shirt, black suit pants and thumbs that are perpetually upturned as he asks his “kashas.”

Then comes his evil twin, the rasha, in a t-shirt and ripped jeans, maybe smoking a cigarette and with an annoying smirk on his face that makes you just want to punch out his teeth already. (Hey, wait…)

The tam is next, a generally average boy with a look of perpetual confusion on his face who might be wearing mismatched socks and a shirt that’s a little too big, matched with pants that are a little too small, or something of the like.

Last is the “ayno yodaya lishol.” The typical picture is the baby who honestly just doesn’t know what’s going on, lost in his own little world of oblivion (closet monsters included). You tell him a nice little story but that’s it.

However, the aino yodaya lishol is not merely just a little kid. He is anyone at all who just simply does not know how to ask, whether scared, uneducated, or yes, young. He represents the people who simply do not know enough yet to ask the serious questions of the chacham, not just that they are too young or incapable. So you tell him the basics, give him the foundation. With the right amount of cultivation, he too can continue to grow until he begins to ask the brilliant questions worthy of attaining the title chacham. He can get there; he’s just not there yet. With your help though, he could be there soon, asking the questions you can’t even answer. Because the majority of these people, curious children and hesitant newcomers alike, all have questions. Give them the right answers. 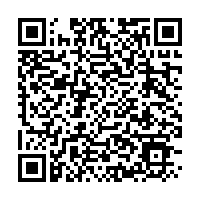