This is the story of a staff, the most miraculous staff that was ever created. It was none other than the staff that Moshe used to perform all the amazing miracles in Egypt.

The staff was really created at Creation and was set aside just for the miracles in Egypt. It was made of precious sapphire and had the Divine Name as well as 10 letters engraved in it. The 10 letters were the initials of the 10 plagues.


The Almighty gave the staff to Adam, who gave it to Enosh, who in turn passed it on to Shem.

From Shem it went to the Avos: Avraham, Yitzchak and Yaakov. Yaakov took the staff with him when the Almighty told him to go down to Egypt. There he presented it to his son Yosef.

Upon the death of Yosef, all his possessions were turned over to the Pharaoh, including the miraculous staff. Yisro, later to become Moshe’ father-in-law, was one of the trusted counselors to the Pharaoh, and he saw the wondrous stick. Taking it, he brought it home to Midyan where he lived. There he planted it deep in the soil of his garden.

Whoever entered the garden saw the staff and desired to take it. However, no matter how hard they pulled they found it impossible to budge it. Thus, the years passed and the staff remained as if rooted into the ground.

Moshe, ﬂeeing from the wrath of Pharaoh, arrived in Midyan and met the daughters of Yisro. Entering his house as a guest, Moshe was also enchanted by the staff but he recognized it as belonging to his people. To the amazement of all, when he pulled at it, it lifted gently from the ground. All knew that the staff had been returned to its rightful owner.

When the Almighty sent Moshe to Pharaoh to deliver Bnei Yisrael out of Egypt, He ordered him to take the staff with him and to perform wonders with it.

Many years later the staff was transferred to Dovid HaMelech and some day it will turn up again in the hands of Moshiach, when he will come to redeem Bnei Yisrael and gather them from the four corners of the earth, bringing peace and security to the world.

“The day when Moshe and Aharon entered the palace was the king’s birthday, and many kings and princes had come to give homage and gifts to Pharaoh.

“Bringing crowns, they proclaimed him king of the world. The celebration was at its height when suddenly Moshe and Aharon walked in unexpectedly. All assembled were startled at the extraordinary sight of these two men whose faces shone like the sun and whose eyes burned deep and bright.

“With instinctive awe all the kings removed their crowns and bowed low before the two Hebrews. Pharaoh sat, expecting the two newcomers to give him gifts and to crown him too. But Moshe and Aharon just stood there.

“Who are you?” asked Pharaoh, ﬁnally.

“We are the messengers of the Holy, Blessed be He, they replied. “He has told us to come and tell you: ‘Let My people go.’”

Pharaoh grew very angry and he roared: “Who is the Lord that I should hearken to Him? Let me search through my records to see who this G-d may be.”

Pharaoh then ordered that all the records of the gods be brought. In this book were recorded the names of all the pagan idols and deities. He searched but could ﬁnd no trace of the god of the Hebrews.

“I have searched for His name and I can ﬁnd no such G-d,” he said.

Rabi Levi said, “Pharaoh is to be compared to a servant of a kohen who was an idiot. The kohen, having left the country, was searched for by his servant in a cemetery.

“The servant cried unto the people who were there ‘Have you seen my master here?’ Whereupon the people said to him, ‘Is not your master a kohen?’

“He replied, ‘Yes.’ Whereupon they said, ‘Idiot! Who has ever seen a kohen in a cemetery?’”

“Thus did Moshe and Aharon say to Pharaoh: ‘Idiot! Is it the way of the dead to be amongst the living or the living among the dead? Our G-d is living, whereas those you have just mentioned are dead. Yes, our G-d is a living G-d and an eternal King.’” 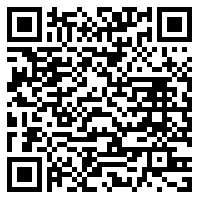