The day I learned what it means to survive, I was soaring. The heat of the August sun on the rusty metal swing scorched my skin, but I didn’t care; on that day, nothing mattered to me more than having my Grandpa. I loved my Grandpa. He said I was his favorite. Grandpa was the best at pushing me on the swing. “Higher, Grandpa, higher!” I laughed, as I soared through the wind with open arms like a big bird in the sky. I felt like the freest boy on earth. Grandpa pushed me higher, and higher, and higher, until I could almost reach the sky. I could see the whole world when Grandpa pushed me. Grandpa told me that if I pumped a little harder, I could touch the sky. After a long day of pushing me on the swing, Grandpa pulled up his sleeve and wiped away the sweat that drenched his furrowed eyebrows. As I looked down to watch my Grandpa, something strange caught hold of my curious eyes.

“Grandpa,” I wondered, as the swing began to slow down, “why are there numbers on your arm?” Grandpa stared at his arm, his face blank as parchment. He gulped hard as though it was the last time he would.

“Benny,” he turned to me, “do you know what it means for the world to go mad?” I stared at my grandfather with twisted eyebrows, as though he had just declared the sky purple.

“What do you mean, Grandpa? Did someone make the world upset? Did someone take away his toys or push him in the sand box? What happened, Grandpa? Why did the world get mad?” Grandpa closed his eyes and pressed his lips together. I could see that something was weighing down the tired soul that lived beneath that sagged face. Eighty-three years had scribbled many uneven lines on my grandfather’s crinkled face, though Grandpa always told me I kept his spirit young. Grandpa struggled for the words with which to answer me, the then innocent little boy who knew the world as nothing more than fluffy white clouds and big blue talking trains.

“Benny,” he finally managed to say while choking on the tears that flooded his tender eyes, “imagine a time when all of your neighbors followed the voice of one man who didn’t like your religion.”

“What do you mean, Grandpa?” I felt confused.

“Well, they decided that since we had different beliefs, we just didn’t deserve to live. They were afraid of us because we were different.” I looked straight into my grandfather’s eyes.

“You mean they didn’t like us just because we’re Jewish?” I asked, my little brain still trying to grasp this giant concept of hatred. My grandfather nodded, his fingers pinching the eyes beneath his creased forehead. He was in pain.

“Benny, they took everything away from us. They raided our homes, dragged us away to concentration camps where they worked us day and night. They starved us. They tortured us. They mocked us. They beat us. They used us. They stole six million lives. Children ran, laughed, and played all around us. Yet, somehow, the world stood still and the silence was so loud that its scream echoed through my eardrums. I could feel my heart beating so fast it felt like it was going to fall out of my chest.”

“Oh, Grandpa, that’s not true, right? They were just being silly, right Grandpa?” Frustration knocked my brain, and I wished I could just make sense of all of this. My grandfather stood silently as his eyes pierced the pavement. I understood this was no longer a bad dream. 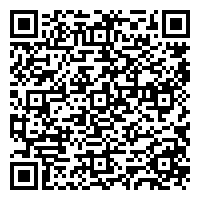