There was a drought in Eretz Yisrael and the people prayed to G-d for rain, but none came. The sages fasted and still no rain. But that night they had a dream, an malach stood in front of them and said, “Your prayers will not be answered by G-d, but the prayers of the mule driver, who resides at the outskirts of your city, his prayers will be heard.”


That day, the sages visited the mule driver and after greeting him, they asked him what his occupation was.

“I rent my mule to serve as a beast of burden to pull a plow and do other menial work on the field,” the man replied.

“We do not see your mule. Where is it?” they asked him.

The rabbis were amazed at his answer. Why would such a man sell his mule, his only visible means of support? And even if he did, why should it be considered so great in the eyes of G-d that if he were to pray, G-d would immediately hearken to his pleas.

“Tell us, what wonderful thing did you do?” they asked him.

“I do nothing worthwhile,” he modestly replied and refused to discuss any of his deeds. For the man was a very modest and humble person. But the rabbis persisted until he agreed to tell them the good deed he had performed.

“As you know, I rent my mule to people,” he began his story. “The money derived through this rental enables me to support my family. One day, a woman came to me to rent my mule. She gave me the few coins I normally charge for its hire.

“But as she turned away, leading the animal behind her, I heard her sob. I walked over to her and asked why she was crying.

“She turned to me, and in bitter tears said, ‘Woe is to me, my husband is sitting in jail for an unpaid debt and I don’t have the funds to redeem him. I thought that I would hire your mule to plough and plant the ground behind my house and when the wheat grows I would sell it and with these funds redeem my husband.’

“‘And what will you do if the wheat does not grow soon, or if it be a drought and none will grow at all?’ I asked her.

“‘If the ground fails to produce I will then go to the jail keeper and offer my body to him to release my husband,’ she replied.

“I was surprised at her answer. ‘You would commit such a terrible sin?’ I asked her in surprise.

“She then began to sob uncontrollably. ‘My husband is in jail and my children are starving and I am at my wits end. I’ll do anything.’ She began to cry bitter tears.”

With a sigh, the mule keeper continued his story. “When I heard of the terrible deed this woman was going to commit, I took pity on her. I invited the woman into my home. ‘Stay here until I return from the market place,’ I said to her. ‘I will secure for you the money to redeem your husband.’

“I then took the mule with me to the market place and I sold it to the highest bidder. Although this was a great sacrifice for me to lose my means of support, I never hesitated. I took this money and returned home and gave it to the poor woman, saying to her, ‘Here is enough money to free your husband from jail and may G-d bless you that you may never again know any trouble.’ 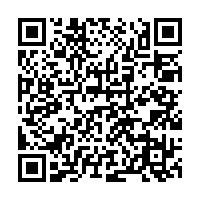