I sat across from Dr. Marks, waiting impatiently for him to finish speaking. “Okay,” I jumped in, “so I have three questions. First of all – ”

“Hold on,” the doctor said, his look amused and bemused. “How do you do that?! I was thinking about it over the week, and I was wondering, ‘How does she do that?! She interrupts me and says, ‘I have three questions,’ and I figure she wasn’t listening to what I was saying, and then I hear her questions, and they all make sense; they’re really logical questions on what I was saying. And I said I have to ask you. How do you do that so fast?!”


I burst out laughing, taking pleasure in the compliment. “I have to say,” I admitted, “that a small part of my motivation is for the effect. But…”

The question lingered in my mind, turning over after the session was over. I sat down to write my thoughts to Dr. Marks.

Many years ago in Europe, a boy ran away from the shtetl to join the circus. His mentor, a strongman, began training him to exercise and feed his body properly. As the circus traveled around the world, the boy slowly grew stronger. At one stop, the boy watched a wrestling match between his mentor’s old friend and his giant of an opponent. He watched in wonder as the smaller man threw the giant to the ground. After the show, the boy, his mentor, and the old friend relaxed together outside.

“How did you do that?” the boy asked the wrestler. “He was so much bigger then you, yet you threw him to the ground so easily.”

The man smiled. “When I was a boy, there was a huge old tree in our backyard. Every day I would go out to the tree, take off my belt, and strap myself to the tree. And I would try to wrestle it to the ground.”

The boy looked up in wonder. “And did you ever succeed?”

The man smiled again. “No, my son…

I sat at the table with my forehead creased. In front of me was my brother’s small Gemara. Abba sat across from me. His big Gemara was open in front of him. We both sat there, staring at the page, trying to will its meaning to jump off into our eyes.

I don’t think my forehead had ever creased that much. I was using every ounce of strength I had, desperately pushing to focus, to concentrate, to think, to understand. And it was so hard.

“Maybe,” Abba said, “what the Tanna means to say is that…”

I listened, closed my eyes, tried to take it in. Could that be?

He waited a moment while I thought. Slowly, slowly, wheels turned agonizingly painfully in my mind, prodded along at every step.

“But,” I began haltingly, “according to the Ran, it would mean the opposite…” I scrunched my eyes shut again and tried to make the steps of logic pass before them in my mind. Yes, I was sure I was right. I could not hold onto the whole chain of reasoning at once. But as I went over it once, twice, and a third time, I saw that every link was sound. I would have to take that as good enough. “… would it not…?”

Now it was Abba’s turn to scrunch his forehead. He did what Abba always did – he went back to the page. He murmured the words under his breath as he went through it; once, twice, a third time.

And as I watched him, the thought came to me, and unhinged my mind with the wonder of it.

I was not a worse learner then Abba. He needed to work just as hard as me. I knew less than a drop in the bucket of what he knew. My frames of reference in working logic were also much less than his. But with my undeveloped tools, I could hold my own. And the shock of that rocked me.

Girls don’t usually learn Gemara. Everyone knows that. But Abba knew that I longed to learn. I had never even spoken to him about it. We learned other things together. But inside me I felt, Torah tziva lanu Moshe… morasha kehillas Yaakov! The Torah is an inheritance for all of Yaakov. Why must I be ignorant? I want to know it, I want to swallow it, I want to hold it inside me. How could I hold a treasure chest without feeling the diamonds inside? I stared at those

beautiful sefarim, and my mind ached to taste them. I felt deprived. It hurt.

Abba understood. He offered to learn with me. And so we sat, this warm afternoon, and learned.

What Abba did not know was that I had not eaten for a week.

My eating disorder, for years somewhat dormant, had recently erupted full force. My life was a horror I could not have dreamed of. Oh, I had a few sips of milk here and there, maybe even a little bit of broccoli. When I was so weak that I could not move, I felt I was allowed to have that. Otherwise, I was not.

It was a torment. How could I do such a thing to myself? Hashem had given me this body. It was my absolute responsibility to take care of it. How could I destroy this beautiful creation of His hands? It was appalling. I could not allow myself to be guilty of that. But I had to. The need to cleanse myself of all nutrition was a force I could not ignore. I can’t do this, I can’t… Oh, but I have to!

The guilt was horrible. But I felt I had no choice. So I closed my mind to the guilt, and fell into sickness. All the way. The body suffered. The mind suffered more.

The Gemara lay in front of me. For so long I had wanted to taste it. I needed to drink it up. My mind did not want to. I had to push it, pull it, force every moment of concentration, try desperately to take in what it would not comprehend. I read every word slowly. By the time I would get to the end of the line, I would forget the beginning of it. I had to read it again, and again, and again. And then close my eyes, and try to make sense of it. Clouds of thought, nebulous images, shifted in front of my closed eyes, forced slowly and painfully into meaningful pictures.

“Three issues,” I said, eyes still closed. “According to Rashi, how can you explain this… and if that is the case, then what does this mean…. And if the Maharsha is saying like Rashi, then how does that work together…?”

Abba closed his eyes tightly, murmuring under his breath. I let my mind relax. I could let go of the thoughts now.

I stared. Abba was struggling too to understand.

None but I knew my terrible secret. And yet. I was not a worse learner then Abba.

Chills ran up my spine as I remembered those terrible times. I finished writing to Dr. Marks.

I was so depleted that when I ate two jelly beans, my brain lit up and raced like an engine. When I was “empty,” it was so hard to think. But I tried. I really tried.

And maybe the answer to your question is… that maybe…

After a tree… a man is easy. 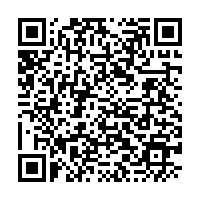