{Originally posted to author’s website, Emes Ve-Emunah} Chava, Sarah, Rivkah, Leah, Rachel, Tamar, Yocheved, Miriam, Devorah, Ruth, Naomi, Batsheva, all have something in common. They are all heroines of either the Torah, Nevi’im or Kesuvim (Tanach). I mention all these names in the hope that a bolt of lightning doesn’t come down from heaven and strike me down.

‘What’s that,’ you ask? Why in Heaven’s name would I think mentioning these names from Tanach would cause God to be angry at me? Well, by mentioning the first names of women, I might come to improper sexual thoughts.

Sounds pretty ridiculous, right? Not so fast. It isn’t ridiculous if you are the publisher of the Israeli Hamodia. They seem to feel that mentioning any woman’s first name will cause men to sin. So they simply don’t do it. From JTA:

Whew! Saved by a clever editor at Hamodia.

The sad thing is that this isn’t just some idiotic editor of a newspaper being ridiculous on his own. This seems to be the mindset of an entire community of religious Jews. Their rabbinic leaders have apparently determined that seeing a female name in print can potentially cause a man to sin.

In their own way this is apparently the case with the people Hamodia serves. They are sensitive to things that the Torah itself is not sensitive to. Like publishing the names of women. Their approach to reading these names is an extreme reaction to matters of Tznius that goes well beyond even Chumra. A reaction that is constantly being reinforced throughout their lives. They might even wonder why the rest of Orthodox Jewry doesn’t see that. Or believe that when we do see it, that we are in denial about what are innermost thoughts really are.

One might say that Hamodia and like minded publications have the right to whatever standard they feel is appropriate. And the right to treat their publications that way. I wholeheartedly agree. But I have a right to ridicule it – if I see it as harmful to the fabric of our people. 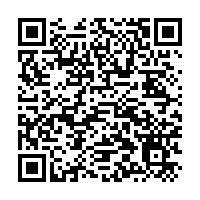