“I want to give you time today,” he said.

I mentally blushed, embarrassed at the thought of all he was doing, all he was giving up for me.

“It’s not because you expect it,” he replied. “It’s because I want to do it for you.”

I relaxed a bit, still anxious not to be demanding.

“I’m going to be learning with the kids first, but I’m going to try my best to work it out that we can speak afterward.”

He always seemed to hurry. I guess that’s how he got so much done.

The study was filled with sefarim, a cluttered desk, and children’s artwork.

“Have a seat,” the rav said, motioning to a comfortable-looking swivel chair. Ignoring the desk and its chair, he pulled a folding chair from a pile against the wall, unfolded it, and sat down, directly facing me. He removed his hat, closing his eyes for a brief moment, then jerked them open, rested his hands on his knees, and leaned forward slightly.

I felt a slow smile creep across my face. The smile spread through me, relaxing every part of me it touched. Knowing that someone cared that my Shabbos should be good…  It was like I didn’t have to worry for myself anymore. Someone else would.

“Good,” I said. But having him ask me – it surged up inside me, wanting to explain, to express so much of what was inside me.

“It was so nice,” I started. “It was like… so special for me, to be at a real Shabbos table, with everything it comes with. And the kids were so nice.”

The smile twitched upwards in the memory. Miri, sitting on my lap and telling me about her friends. Sruly, running to get the soda that I liked.

But there was so much more inside me. “It wasn’t easy,” I continued. “There were so many things…”

I trailed off, and the smile returned, twitching in amusement. The rav’s head had dropped down, and his eyes were closed. Only someone who is always so fast could fall asleep… so fast.

I waited, assuming that my sudden silence would soon jerk his head up.

Eventually it occurred to me that… he was asleep. For real.

I settled myself in my chair. I had patience. He might awake any moment.

I sat carefully, quietly, and considered my options. Maybe I should leave the room. I could wait in the hall; it would be more respectful.  But if I left, I would surely make noise. Even if I could stand and walk soundlessly, the heavy door to the room would scrape against the carpet as it closed. Not a good idea. Okay, so I could stay.

It just felt wrong, though, as if I was intruding on something private. I felt I had to put myself at some sort of disadvantage to compensate. Quietly, I pushed onto my feet and leaned against a file cabinet.

I rested my elbow on the green metal, carefully tense, to be quiet, and respectful. Yet even as I was alert, my mind relaxed; so, so relaxed, in a way I could not remember it ever being before.

The ticking of the clock became louder, softly beating out the moments. It was a peaceful sound; it was steadiness, ticking there forever, and yet it was movement, process. 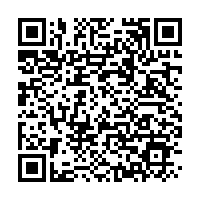